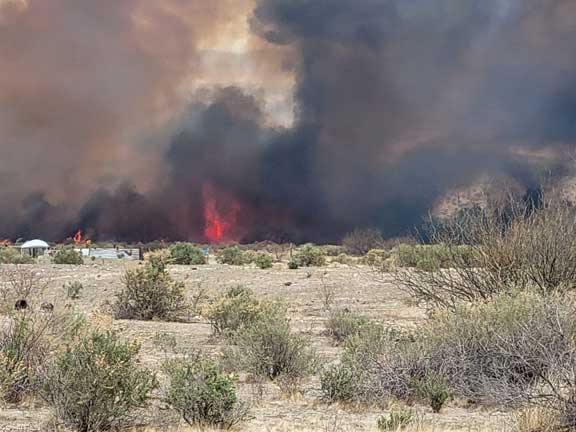 A wildfire is burning in the Bylas area, forcing the evacuation of some residents. - Contributed Photo/Michael Thompson

BYLAS — A wildfire burning to the north of U.S. Highway 70, near the Gila Riverbed in Bylas is forcing the evacuation of some of the homes in the area.

San Carlos Apache Police told Gila Valley Central that every available firefighter is on scene battling the blaze and an estimate of how much land is burning has not yet been determined.

Radio Station KYAY reported that San Carlos Apache Forestry reports the fire is moving east, and appears to be coming closer to under control as it crosses the reservation line into the Fort Thomas area, due to lack of fuel in that area.

Cause of the fire has not yet been determined.