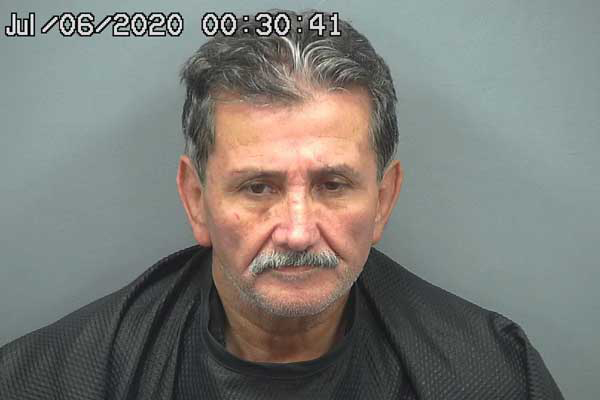 SAFFORD — A man initially accused of striking his significant other was taken into custody on weapons charges.

Safford Police said the suspect, identified as Raymond Delgado, initially denied having any weapons but eventually admitted to having one when a loaded .44 caliber black powder pistol was discovered in a bag in his vehicle.

Delgado, a prohibited possessor due to a previous felony conviction, reportedly said he was “protected” as an “old school homie” employed by a large business in Mexico, alluding to involvement with a cartel.

He was booked into Graham County Jail on misconduct involving a weapon and being a prohibited possessor of a firearm. Review of domestic violence charges is also underway.