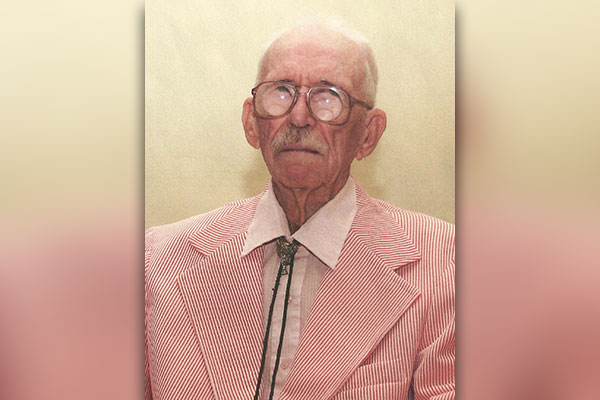 W. Max Moeller, 99, of Safford, Arizona, passed away peacefully on February 1, 2020, at his home. Max was born February 8, 1920, to Walter A. and F. Hazel (Murphy) Moeller at home in Maquoketa Township District #1, known as Stoney Point, Jackson County, Iowa.

Max grew up on a farm during the Depression and attended the Maquoketa Township District #7 rural school on the Seven Hills Road east of Maquoketa.  He enjoyed roller skating during his teens and graduated from Maquoketa High School in 1938.

He served in the United States Navy as a Radio Technician, FirstClass aboard the AKA1 USS Arcturus during World War II from March 1942 – Nov 1945. After the war, Max worked at Clinton Engines and his own auto trim business in Maquoketa, Iowa.

He moved his family from Iowa to Arizona in 1961 where he worked in real estate and managed his own businesses.  In 1992, he moved to Safford, Arizona where he bought and sold a few houses that he designed.  Max was always busy with projects and trying to figure out ways he could use what he had to make something else.  He used the internet to correspond with family and friends around the country via email.

A graveside service will be held at Mountain View Cemetery in Mesa, Arizona on Saturday, February 8, 2020, at 1:00 p.m.