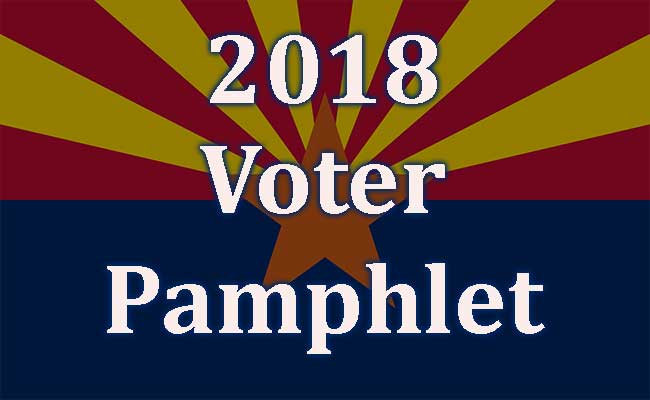 The Arizona Secretary of State is offering the General Election publicity pamphlet to voters by email for the first time. In previous elections they have had to mail physical copies of the pamphlet to each household, which costs quite a bit of money and kills a lot of trees. The new optional electronic version not only saves taxpayer dollars on printing and mailing costs, but it brings Arizona’s elections another step further into the 21st century.

Households with at least one registered voter are entitled to receive the publicity pamphlet in early October. However, anybody who registered to vote after the mailing list was finalized on August 10th (or any existing voter who opts into electronic pamphlet deliver after August 14th) must contact the Secretary of State’s office to be added to their supplemental mailing list. Voters may request a pamphlet up until election day, but should provide as much notice as possible to ensure the pamphlet is delivered in time.

To request the 2018 General Election publicity pamphlet be mailed or emailed to you, call the Secretary of State’s office at 602-542-8683 or fill out a form online: https://azsos.gov/elections/2018-publicity-pamphlet