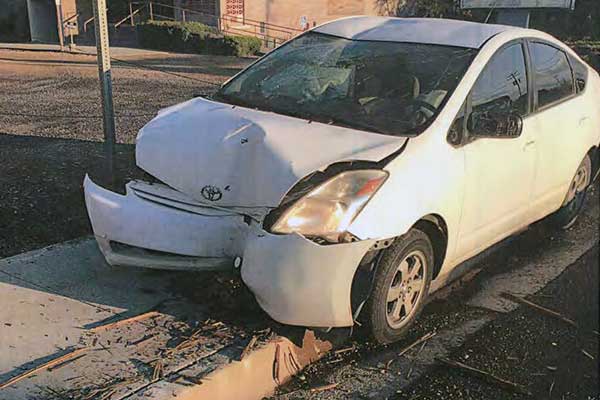 Authorities were called to the area of the 1000 block of Highway 191 on Wednesday, April 17, 2019 at approximately 6:15 AM. The passenger car had two passengers in addition to the driver. Traffic conditions at the time of the accident were light. Upon arrival authorities found the southbound vehicle partially on the sidewalk and a power pole in the roadway with wires around it.

The driver of the vehicle complained of a shoulder injury so an ambulance was called to the scene. The driver said that he was on his way home from after working the night shift and fell asleep. Both passengers were asleep as well and did not see anything.

There was no apparent defects to the vehicle to cause the accident. The collision caused extensive damage to the car.

Authorities concluded from their investigation that the driver simply fell asleep, veered off the road and struck two power poles.