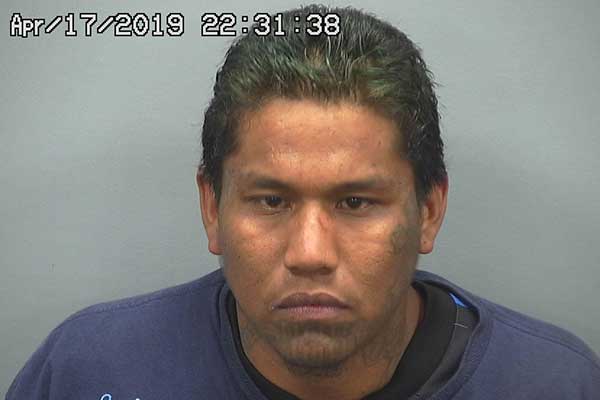 SAFFORD – Around 8:20 pm last Wednesday an officer recognized a vehicle parked at a convenience store on 8th Avenue that belonged to a woman known through prior police contact. When the woman looked at the officer, she rapidly got into the driver’s seat. It is reported the windows of the vehicle were dark and the officer was unable to see if the vehicle had other occupants. However, it was apparent as the vehicle left the gas pumps, that is was driving at a rapid rate of speed, heading west bound on 8th Street.

The officer headed North on 8th Avenue and West on 7th Street. The officer saw the vehicle drive North on 11th Avenue and appeared to be driving faster than the posted 25 mph. The officer located the vehicle as it continued west and then signaled to turn left onto 20th Avenue, however, it made an improper turn by not taking the nearest available lane. The vehicle continued South on 20th Avenue. It is unclear if the vehicle was stopped at this time, but it is reported a man identified as Robert Sandoval ran from the vehicle. Sandoval was taken into custody for a misdemeanor warrant for his arrest.

The woman and another female were located inside the vehicle but no charges were filed at that time. According to the report, a tinfoil containing a small plastic bag of heroin was located near the south side of the farm field, north of Home Depot. It was taken into evidence along with two digital scales, a tooter straw, two torn plastic baggies, and a cap for a syringe that were located on Sandoval at the time of his arrest.

Sandoval was booked into the Graham County Jail for the warrant.