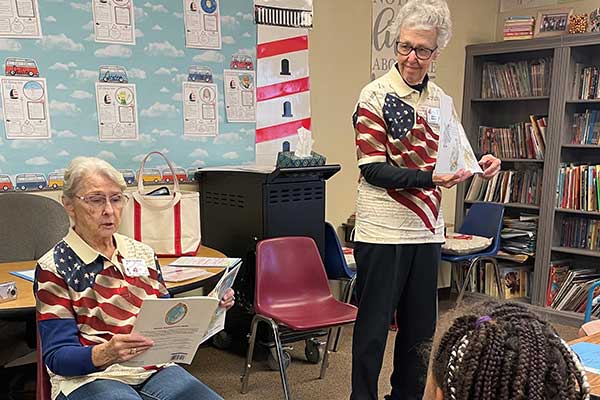 October was DAR Service to America month. By the end of that month, as their project, the Gila Valley Chapter of the Daughters of the American Revolution went to fourth grade classrooms to read a book about George Washington’s teeth and to tell about their own American Revolutionary heroes.

Children learned that George lost tooth after tooth and was down to one by the time he was president. George finally got a set of false teeth that allowed him to smile, but teeth carved from walrus tusk stained and looked dark like wood. So, the myth that George had wooden teeth probably began 230 years ago!

This service project was also an opportunity for DAR members to celebrate the anniversary of the founding of DAR on October 11th in 1890.