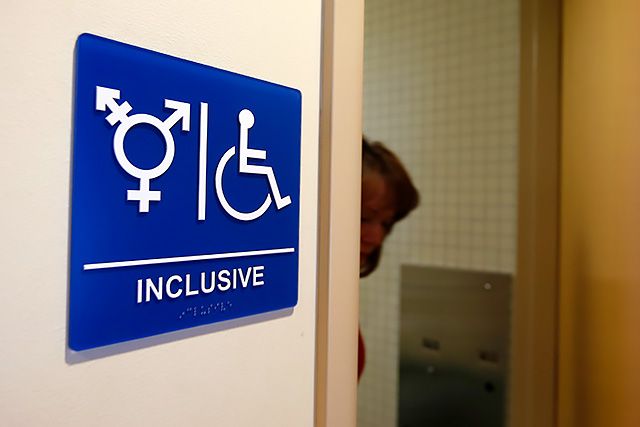 WASHINGTON (AP) — Public schools must permit transgender students to use bathrooms and locker rooms consistent with their chosen gender identity, according to an Obama administration directive issued amid a court fight between the federal government and North Carolina.

The guidance from leaders at the Justice and Education departments says public schools are obligated to treat transgender students in a way that matches their gender identity, even if their education records or identity documents indicate a different sex.

“There is no room in our schools for discrimination of any kind, including discrimination against transgender students on the basis of their sex,” Attorney General Loretta Lynch said in a statement accompanying the directive, which is being sent to school districts on Friday.

In issuing the guidance, the Obama administration is wading anew into a socially divisive debate it has bluntly cast in terms of civil rights. The Justice Department on Monday sued North Carolina over a bathroom access law that it said violates the rights of transgender people, a measure that Lynch likened to policies of racial segregation and efforts to deny gay couples the right to marry.

The guidance does not impose any new legal requirements. But officials say it’s meant to clarify expectations of school districts that receive funding from the federal government. Educators have been seeking guidance on how to comply with Title IX, which prohibits sex discrimination in educational programs and activities that receive federal funding, Education Secretary John B. King said in a statement.

“We must ensure that our young people know that whoever they are or wherever they come from, they have the opportunity to get a great education in an environment free from discrimination, harassment and violence,” King said.

In Texas, Lieutenant Gov. Dan Patrick said on Friday that the state was ready to forfeit federal education money, currently about $10 billion, rather than comply with the guidance.

“We will not be blackmailed by the president’s 30 pieces of silver,” he said. “The people of Texas and the Legislature will find a way to find as much of that money as we can if we are forced to.”

Under the guidance, schools are told that they must treat transgender students according to their chosen gender identity as soon as a parent or guardian notifies the district that that identity “differs from previous representations or records.” There is no obligation for a student to present a specific medical diagnosis or identification documents that reflect his or her gender identity, and equal access must be given to transgender students even in instances when it makes others uncomfortable, according to the directive.

“As is consistently recognized in civil rights cases, the desire to accommodate others’ discomfort cannot justify a policy that singles out and disadvantages a particular class of students,” the guidance says.

The administration is also releasing a separate 25-page document of questions and answers about best practices , including ways schools can make transgender students comfortable in the classroom and protect the privacy rights of all students in restrooms or locker rooms.

The move was cheered by the Human Rights Campaign, a gay, lesbian and transgender civil rights organization, which called the guidelines “groundbreaking.”

“This is a truly significant moment not only for transgender young people but for all young people, sending a message that every student deserves to be treated fairly and supported by their teachers and schools,” HRC President Chad Griffin said in a statement.

The guidance comes days after the Justice Department and North Carolina filed dueling lawsuits over a new state law that says transgender people must use public bathrooms, showers and changing rooms that correspond to the sex on their birth certificate. The administration has said the law violates the Civil Rights Act.

North Carolina Gov. Pat McCrory has argued that the state law is a “commonsense privacy policy” and that the Justice Department’s position is “baseless and blatant overreach.” His administration sued the federal government hours before the state itself was sued.