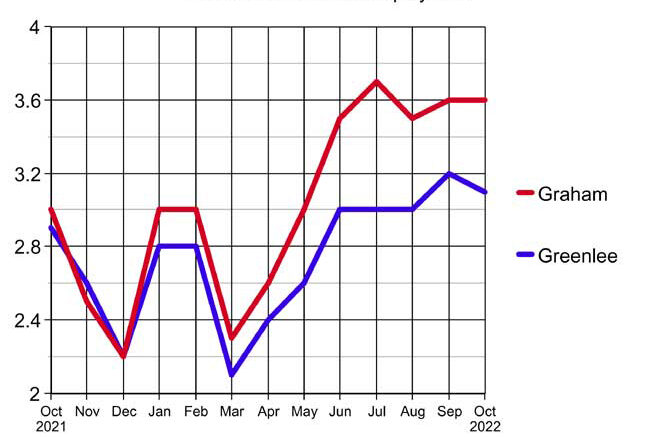 PHOENIX — Greenlee County saw a slight decrease in the number of jobless claims in October according to data released Thursday by the Arizona Commerce Authority.

The jobless rate in Greenlee County dropped one-tenth of a point to 3.1 percent in October. That drop keeps Greenlee as the county with the lowest unemployment rate in the state for the 11th month in a row.

Reporting job losses was the information job sector, down 300 jobs.