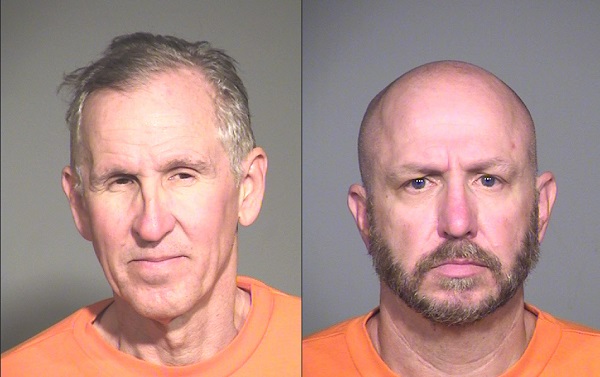 FLORENCE— The Arizona Department of Corrections, Rehabilitation and Reentry (ADCRR) is providing notification to the public of an escape at ASPC-Florence in Florence, Arizona.

Charpiot, a medium-custody inmate, was admitted to prison in 2011 after being convicted out of Maricopa County to serve 35 years for molestation of a child and sexual abuse.

Harmon, also a medium custody inmate housed at the south unit, was admitted to prison in 2012 after being convicted out of Maricopa County to serve a total of 100 years for kidnapping charges and second-degree burglary charges.

This is currently ADCRR’s top priority, and all available resources are being employed to the search effort.  The department has dispatched its chase teams, tracking dog teams and fugitive apprehension unit to find the fugitive inmates. Local authorities and the Arizona Department of Public Safety are also assisting in the search.  The department will not rest until these inmates have been apprehended.

Please consider them dangerous, and do not attempt to engage them on your own.  Anyone with information of their whereabouts is encouraged to call 911 immediately.