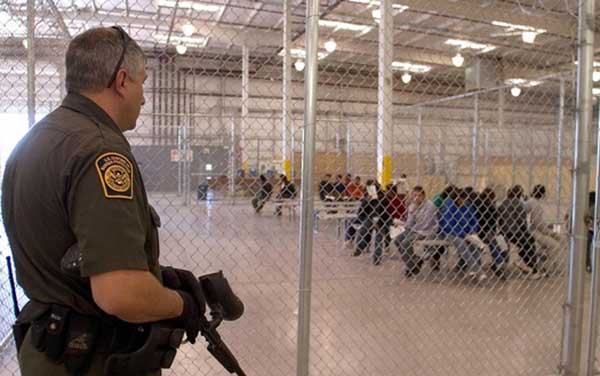 TUCSON, Ariz. – After years of delays and legal wrangling, testimony began this week in a lawsuit to force the U.S. Border Patrol to upgrade its migrant detention facilities. The suit seeks to force the federal agency to improve what the plaintiffs call substandard conditions in its Tucson sector short-term holding facilities.

Alessandra Navidad – executive director of the American Civil Liberties Union of Arizona, representing the plaintiffs – describes conditions as “appalling.” She says migrants were detained in cold, overcrowded and filthy cells without access to beds, showers, food and water, or medical care.

“Imagine if you were a migrant who was coming from this really treacherous journey,” says Navidad. “And then, having your first interaction with a Border Patrol agent to land you in a jail that has a toilet and two concrete benches with dozens of other men, women and children.”

Border Patrol officials did not return a call for a comment on the case. But its lawyers argued in a similar case that the federal government was not legally required to provide toothbrushes, soap or adequate sleep in its detention facilities.

Navidad says even though the suit was filed in 2015 under a different administration, the current Justice Department has dragged out the proceedings.

“We have a government agency that has been operating in the dark since it was created,” says Navidad. “The Border Patrol is a huge agency; it’s an agency that doesn’t comply with standards that apply to other correctional facilities.”

Navidad says thousands upon thousands of migrants have been processed though the centers and, if anything, conditions in the detention cells have gotten worse since the lawsuit was filed.

“I think what’s different now is that, because of the Trump administration’s policy, there are more people that are being detained,” says Navidad. “And they’re spending longer periods of time there, because they’re not being transferred, or they’re not being given bond.”

Navidad says they want the Border Patrol to adhere to standards for detainees set out in the 1987 Flores Settlement, a case that established rules for holding immigrant children.

In addition to the ACLU, the American Immigration Council, the Lawyers’ Committee for Civil Rights and the National Immigration Law Center are representing the plaintiffs.