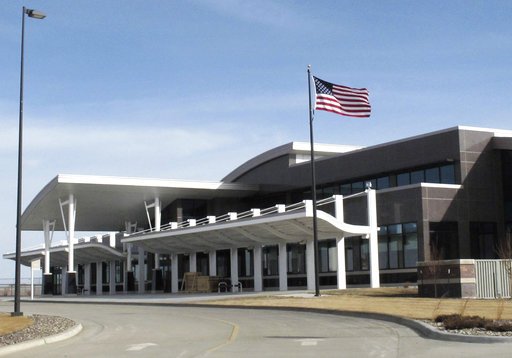 FILE - This April 9, 2014, file photo, shows the exterior of is the Pierre Regional Airport in Pierre, S.D. President Donald Trump's proposed budget would eliminate a program providing subsidized airline service to small towns and cities, the very communities that overwhelmingly backed him. Local officials see the program as a lifeline crucial to their efforts to attract jobs. (AP Photo/Nora Hertel, File)

WASHINGTON (AP) — President Donald Trump called Thursday for eliminating subsidized air service to rural communities, many of which supported his election last year after he promised to create jobs.

Trump’s proposal, part of his budget plan, would sever an economic lifeline that enables rural communities to attract and keep businesses and jobs, officials in those communities said.

The program has long been a target of conservatives who say the subsidies are too expensive for the relatively small number of passengers served. Elimination of the program would save about $175 million a year, according to the Trump administration.

“We do appreciate running government as efficiently as possible, those are our values … (but) I would argue that this program is vital for rural America,” said Laurie Gill, the Republican mayor of Pierre, South Dakota.

Trump’s budget proposal cuts many domestic programs as the administration looks for money to increase the military, border control and veterans services while not expanding the deficit. The proposal is an early step in a lengthy budget process and it’s not clear to what degree Congress will back his priorities.

The Essential Air Service program subsidizes airline flights to 111 communities in the 48 contiguous states that would otherwise have no scheduled service and which are at least 210 miles from the nearest hub airport, according to the Transportation Department. Trump got more than 50 percent of the vote in 86 of those communities, according to an Associated Press analysis of voting data.

About 60 communities in the deep-red state of Alaska also receive subsidized service.

Without the subsidies, airlines would no longer service their communities, local officials said. In Pierre, that means people who live in the state capital would have to drive more than three hours to reach the nearest airport with scheduled flights, Gill said.

Hunting, one of the underpinnings of the local economy, might also suffer, she said. Hunters across the country are drawn to the state during pheasant season.

The program was created nearly 40 years ago to ensure air service to rural communities after the airlines were de-regulated and cut back less profitable routes.

Not all flights are full, the cost per passenger is high and some of the communities aren’t that far from another airport with scheduled service, according to the administration. The Transportation Department has also made exceptions for some communities that are less than the required 210-mile distance.

That’s not the case in Show Low in eastern Arizona near the White Mountains, said Glen Boyd, manager of the regional airport there. The program subsidizes flights to Phoenix, which is more than three hours away by car over roads that are often treacherous and snow-covered in the winter, he said.

The region is economically depressed, he said. A paper mill that was a large employer closed about two years ago. Another major employer, some coal-fired power plants, are in trouble and may close, he said.

One bright spot is tourism, especially skiing, fishing and hunting, but airline flights to bring those tourists to the region are critical, Boyd said. Without the subsidies, he said, the airport might be forced to close.

Elimination of the program is likely to run into opposition in the Senate, where lawmakers from rural states have helped keep it alive despite several previous attempts by budget-cutters to kill it.

Follow Joan Lowy at http://twitter.com/AP_Joan_Lowy. Her work can be found at http://bigstory.ap.org/content/joan-lowy