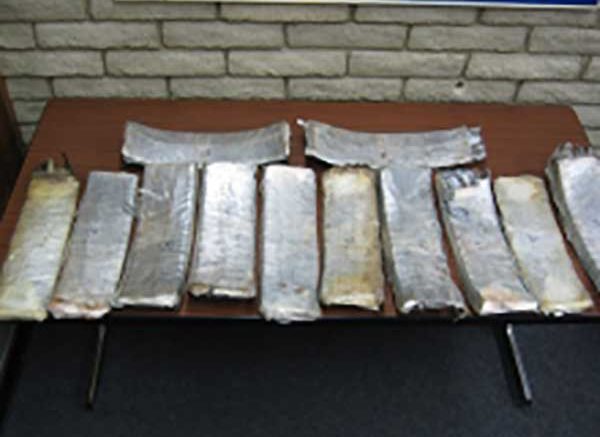 Holbrook, Ariz. — An Arizona Department of Public Safety (AZDPS) trooper stopped a vehicle along Interstate 40 for a traffic violation and discovered a load of black heroin.

On August 15, 2018, an AZDPS trooper stopped a 2007 Nissan Armada for failure to signal a lane change and excessive window tint along eastbound Interstate 40 at milepost 298 near Holbrook. An AZDPS K9 was brought to the scene and alerted to the vehicle. A subsequent search revealed 47.2 pounds of black tar heroin. The estimated street value for the load of heroin is $630,000. The suspects were traveling from Phoenix to Oklahoma.

Two suspects were arrested and booked into the Navajo County Jail.

“This is excellent work by our troopers. Interstate 40 is known to be used frequently by drug couriers trying to get their product to the east and west coast. Taking this dangerous drug off the streets helps to ensure the safety of communities everywhere. Troopers will be continually vigilant as we deter and dismantle criminal drug smuggling statewide,” said Colonel Frank Milstead.