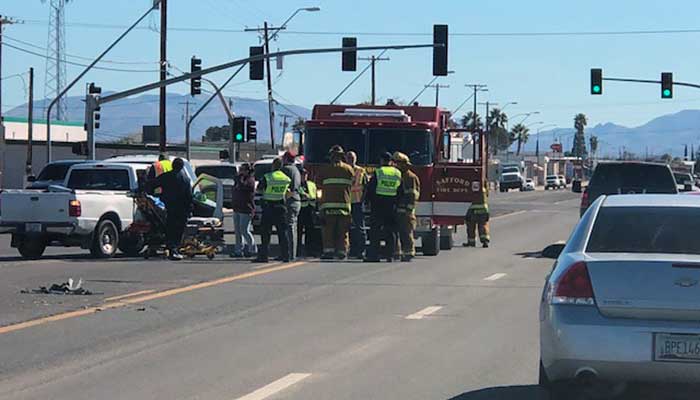 SAFFORD – On Thursday morning, an accident backed up traffic on Highway 70 in Safford. Police officers, firefighters, an ambulance, and Lifeline staff responded.

A female driver stated to officers that she was waiting at the stop sign and when she believed the roadway to be clear after looking both ways, she attempted to make a left turn onto the highway crossing the Eastbound lanes when she and another vehicle collided.

The man driving the other vehicle with his wife told the officer that they saw the other vehicle pull out in front of them and he attempted to avoid it by swerving out of the way but he was unsuccessful. The man began to have a seizure, so medical attention was requested. The man’s wife was trapped in the vehicle so the Safford Fire Department was called to extract her. She was transported to the Mount Graham Emergency Room by Lifeline staff.

After taking statements and viewing the scene, the woman was cited for failure to yield from a private drive.