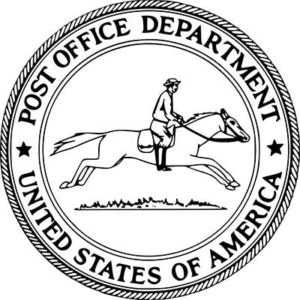 On February 20, 1792, President Washington formally created the U.S. Postal Service by signing of the Postal Service Act, which outlined Congressional power to establish official mail routes. Prior to the American Revolution, correspondence between parties depended largely upon hired private couriers, friends and merchants. Individual colonies set up informal post offices in taverns and shops where horse-drawn carriages or riders would pick up and drop off mail en route. The new act established governmental control over mail.

On this day in 1725 a group of New Hampshire volunteers came across a band of encamped Native Americans and took 10 scalps in the first significant appropriation of this Native American practice by European colonists. The posse received a bounty of 100 pounds per scalp from the colonial authorities in Boston.

1962 –  John Glenn becomes the first American to orbit the earth 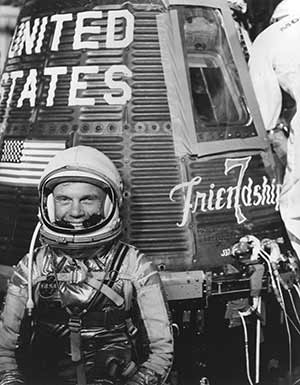 From Cape Canaveral, Florida, John Glenn Jr. was successfully launched into space aboard the Friendship 7 spacecraft on the first orbital flight by an American astronaut. Glenn was preceded in space by two Americans, Alan B. Shepard Jr. and Virgil I. “Gus” Grissom, and two Soviets, Yuri A. Gagarin and Gherman S. Titov. In April 1961, Gagarin was the first man in space, and his spacecraft Vostok 1 made a full orbit before returning to Earth. Less than a month later, Shepard was launched into space aboard Freedom 7 on a suborbital flight. In July, Grissom made another brief suborbital flight aboard Liberty Bell 7. 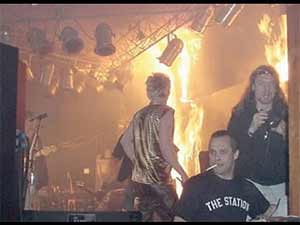 A fire at a rock concert in a West Warwick, Rhode Island, nightclub killed 100 people and seriously injured almost 200 more. On the night of February 20, a local news crew was on hand at the Station nightclub to report on the issue of nightclub safety. They were expecting a full house to see the heavy-metal band Great White. Four days earlier, 21 people had been killed during a stampede at a club in Chicago.

Just after 11 p.m., near the beginning of the show, Great White’s tour manager set off some pyrotechnics behind the performers, which set fire to the soundproofing foam on the ceiling. At first, no one realized the severity of the situation but the crowd began to panic when they realized the fire was spreading quickly. Most of the 400 people at the concert tried to leave the club through the front entrance.

As black smoke filled the club’s interior, the desperate rush of people to the front entrance caused a pile-up, trapping people where they stood. Though firefighters, who responded within minutes, worked hard to pull people to safety through the front door, 96 people died in the smoke and flames. Most of the bodies were found near the front entrance. Among the dead was Great White’s guitarist, Ty Longley. Another 35 people were left in critical condition, including four who would later die from their injuries.