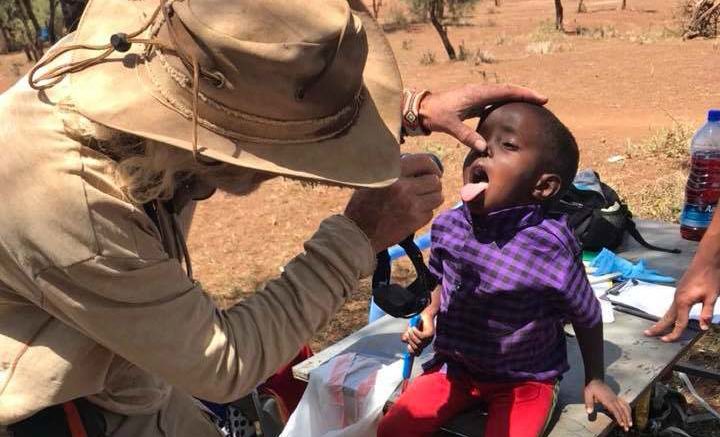 Contributed Photo/ Courtesy of Joy Martin: This child is undergoing an examination at the Bush Medical Clinic.

AFRICA- After traveling across the great wild with a team of students and medical staff, Joy Martin and her family have returned home from their humanitarian trip to Africa.

As of February 8, the Martin family returned from Africa where they have been working with the Bush Clinic.  The clinic visited multiple villages, varying in size from very large to tiny and extremely remote. While in Arizona, Martin works with Dr. Scott Smith in the Emergency Department in San Carlos and has accompanied him and several medical students to Africa. Their camp was in a small village on the border of Kenya and Tanzania. Upon arrival, Martin, along with the small group of doctors, nurses, and students, as well as her three children, set up a medical bush clinic. The entire group is worked through an organization called Dreamweaver911.org. 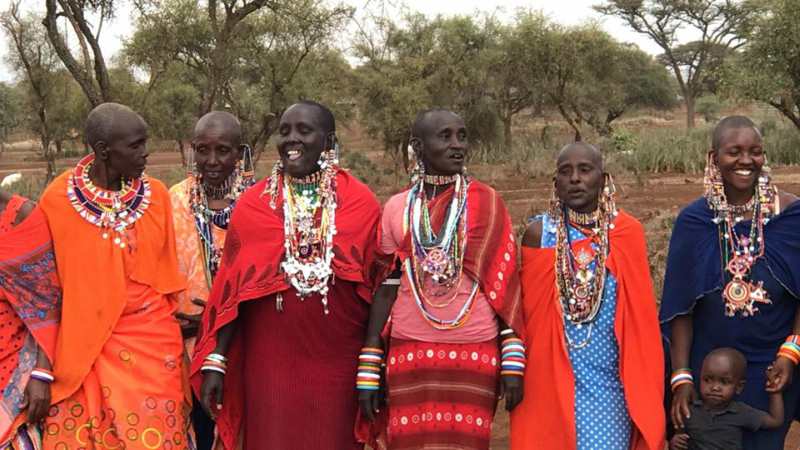 Contributed Photo/ Courtesy of Joy Martin: Masai women gather to sing and dance after the Bush Clinic finishes treatments for the day.

Martin shared the daily adventures on her Facebook page and has given Gila Valley Central permission to update the public about the medical team’s experiences. Over the past month, Martin and her family slept in a boma, listened to the sounds of lions and hyenas through the night, and danced with the Masai. The medical team has come into contact with multiple ailments that the Masai people bring to them, many of them being breathing difficulties.  Martin said that the Encoli clinic seemed to be the busiest. 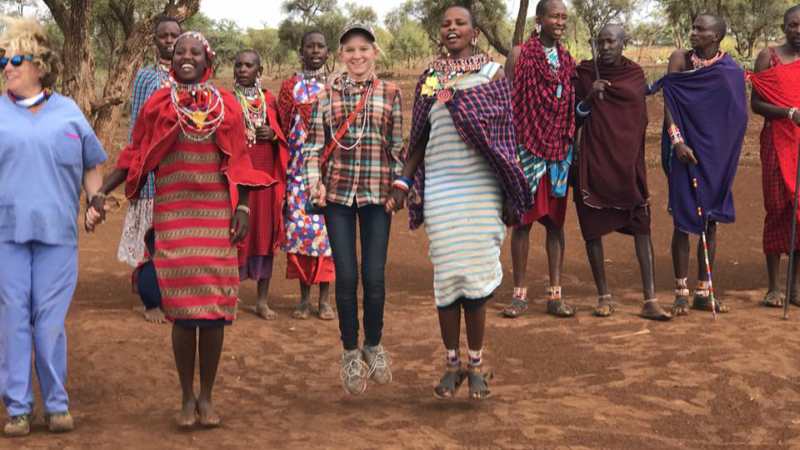 Contributed Photo/ Courtesy of Joy Martin: Martin’s daughter dances with the Masai, alongside other nurses.

“Many villagers came out to be seen. Among the patients was a man with a large parotid gland tumor and a 7-year-old girl with a spinal deformity,” Martin said. “We offered to give the family of the girl a ride to Nairobi but the family declined. She will have to see a pediatric neurologist and spinal consult as soon as possible to take steps to correct her spine.” 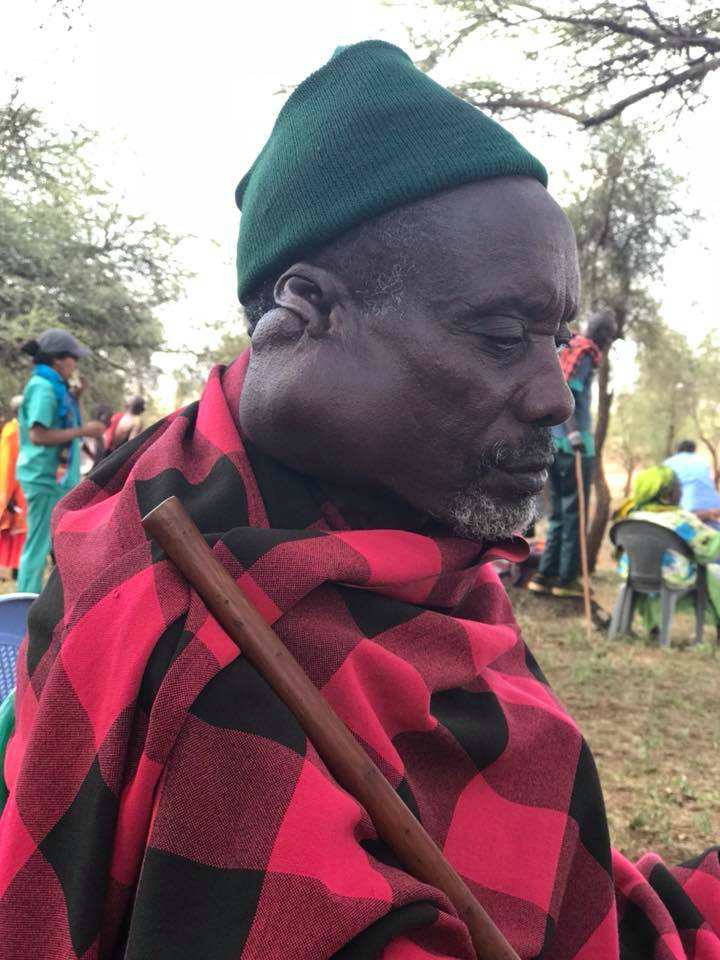 Contributed photo/ Courtesy of Joy Martin: This individual had a tumor in his neck area.

Some Masai villagers come to the Bush Clinic with long-term maladies because many villagers do not own a vehicle. Although the clinic may not be able to heal every illness when it is presented to them, they did usually offer free transport to the nearest larger hospital. However,  Martin later told Gila Valley Central that she was pleasantly surprised at the good health of the Masai people.

“Overall, I was impressed at how healthy the people were, however, most of the villages we went to were miles and hours away from the nearest medical facility that could offer basic services like blood work or x-rays. And it’s nearly financially impossible for many of them to get their children there when needed,” Martin said. “I would encourage anyone who’s able to go on an adventure like this to do it, you will gain such a better perspective of how other people live. I would also encourage anyone who would like to help but can’t go in person to find a cause like Dreamweaver911 to support financially.”

Lastly, Martin told Gila Valley Central that she was grateful for such an opportunity to share the experience with her children. Also, she said that the individuals who received the donated items were abundantly grateful, and would like to express her thanks to the people of the Gila Valley.

“I’m grateful for the opportunity I had to get to know the Masai people in Kenya. And I’m so happy that my kids were able to experience it with me. It was a once in a lifetime trip that my kids will never forget,” Martin said. “The people that we donated items to were so happy to get school supplies and clothing. Thank you to everyone in the Gila valley that donated items or money.” 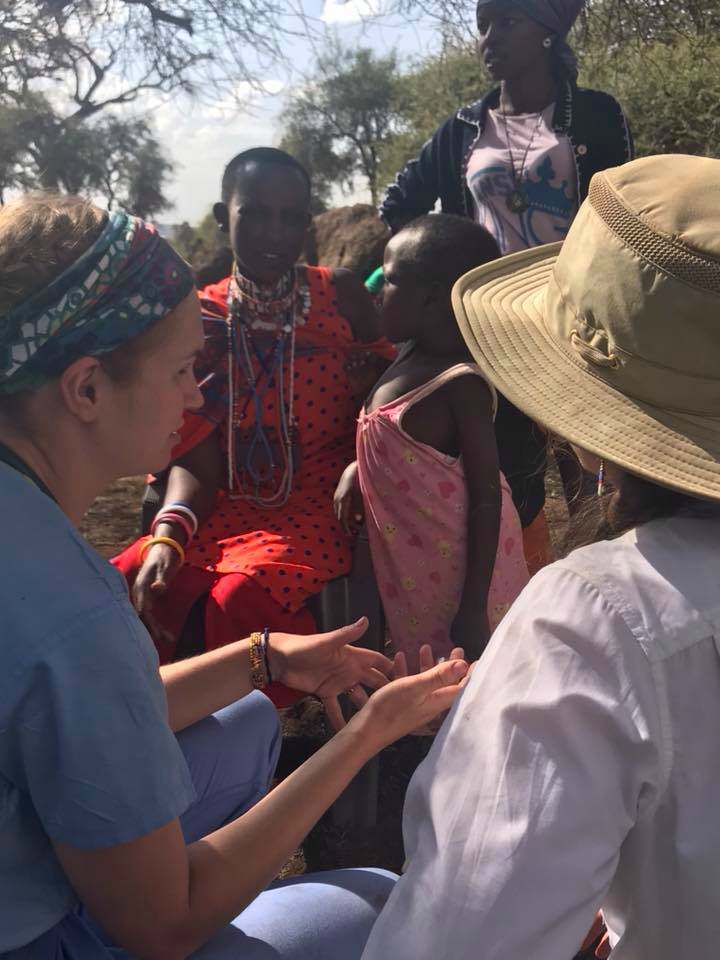 Local mom bringing her children to Africa on humanitarian trip

Back to Africa: Local mom taking her children on medical trip