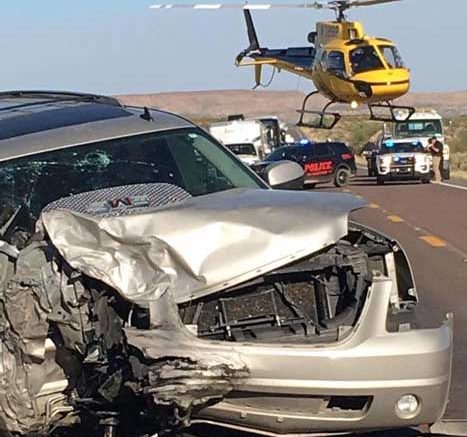 Contributed Photo/Courtesy San Carlos EMS: An AirEvac helicopter is shown in the air behind a crashed SUV. Three people were airlifted to hospitals after a two-vehicle head-on collision roughly two miles west of the Bylas Bridge on Thursday.

Helicopter crews from AirEvac, LifeNet and NativeAir all responded to the scene, roughly two miles west of the Bylas Bridge. 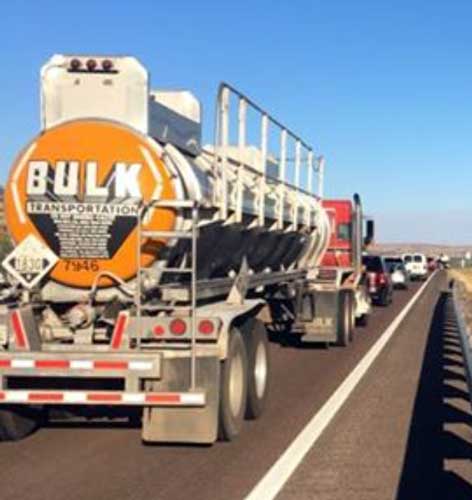 Contributed Photo/Courtesy Diane Junion: Traffic was backed up for miles in each direction.

According to a witness account, first responders were called to help at about 4:30 p.m., when an eastbound vehicle attempted to pass another vehicle and moved into the westbound lane, where the driver failed to account for an oncoming, westbound SUV.

The westbound SUV then swerved into the eastbound lane to avoid a direct, head-on collision, and the two vehicles struck each other in the front on the passenger side. The third vehicle that was being passed up was struck by some debris, but was operable and reported no injuries.

The incident is being investigated by the San Carlos Police Department.

Gila Valley Central will update this article if and when more information is released.