SAFFORD – Authorities responded to a report of a weapons offense on Highway 70 near mile marker 346 on Monday afternoon at approximately 4:30 p.m. Arizona Department of Public Safety (AZDPS) troopers received a report that occupants in a blue Nissan Altima shot at another vehicle. The driver and passenger of the victim’s vehicle stated that they saw an occupant in the Nissan standing through the sunroof, pointing a rifle at them. An unknown number of shots were fired.

The suspect drove into Safford, crossed the bridge on 8th Avenue and turned onto Airport Road.

Graham County Sheriff’s deputies were sent to the location and conducted a “high risk” stop of the vehicle. There were three occupants in the Altima. The suspects are identified as Frank Garza, Christopher Garrobo, and Priscilla Garcia. They were found to be in possession of two BB gun rifles.

The three suspects were arrested and booked into the Graham County Jail on charges of endangerment. AZDPS detectives have been assigned to the case and are conducting further followup. 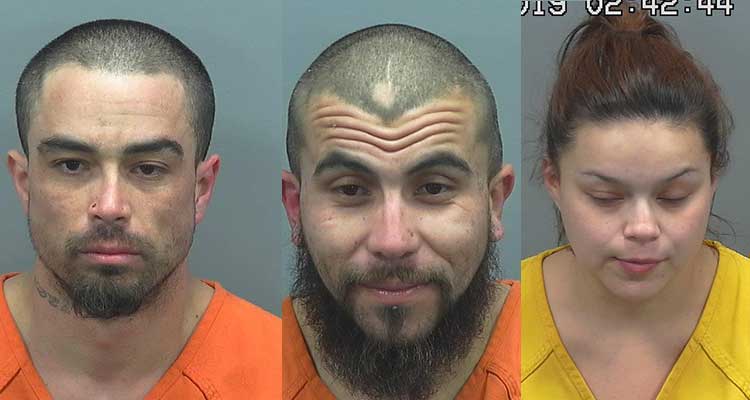