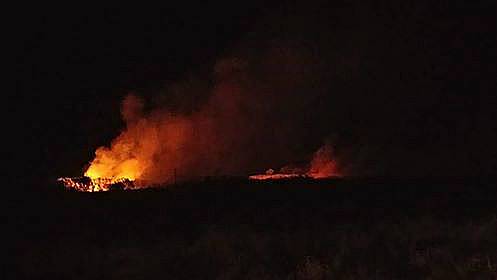 Photos contributed by Gayle Black Orth: The Thomas Fire began Saturday evening, and BLM personnel were called to contain the fire in the Gila River bottom.

GERONIMO- An ominous dark cloud of smoke filled the distant sky in Geronimo Saturday, when a fire in the Gila River required the attention of BLM firefighters and aircraft. 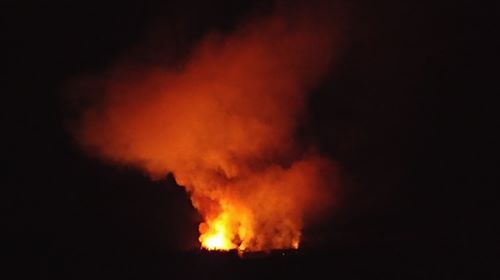 Photos contributed by Gayle Black Orth: The Thomas Fire was visible for miles around its center.

Gila Valley Central contacted the Bureau of Land Management (BLM) on Monday morning, and chatted with Andrew Atkinson. Atkinson is the Fire Prevention Specialist in Tucson, and had contacted the fire commander of the ‘Thomas Fire’ as it has been named. According to Atkinson, the Thomas Fire is currently 75% contained. The fire began on Saturday afternoon, and was apparently man-made.

“It (the fire) was the result of human activity, but the cause is still under investigation,” Atkinson said. 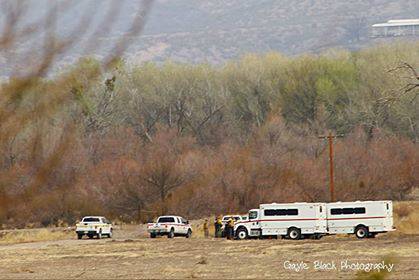 Photos contributed by Gayle Black Orth: Two BLM fire crews remain on scene to insure that the fire will remain in its containment barriers.

As of Monday morning, the BLM still had two fire crews on the scene. On Saturday, there was a BLM aircraft in the area of the fire as well. However, at this point, the two crews are simply maintaining the burn lines and ensuring that the fire doesn’t spread.

“We did have an aircraft over the fire on Saturday, but I believe Sunday they have released that. At this point we have two hand crews and two engines. They’re mopping up today. Securing the lines and mopping up stuff that could possibly threaten to go over the line. It is 75 percent contained though,” Atkinson said.

As of Monday, the Thomas Fire has consumed 234 acres. According to Atkinson, the fire mainly stayed in the Gila River bottom, burning the Salt Cedar trees that provided ample fuel. However, rain fall on Sunday aided the BLM fire fighters with the containment of the fire.

At this time, the fire source is still under investigation. However, the BLM remains certain that the fire was caused by human activity in the area. 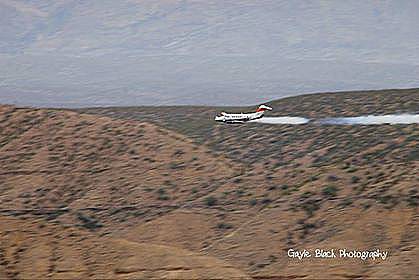 Photos contributed by Gayle Black Orth: BLM planes were scene in the area of the fire Saturday afternoon.