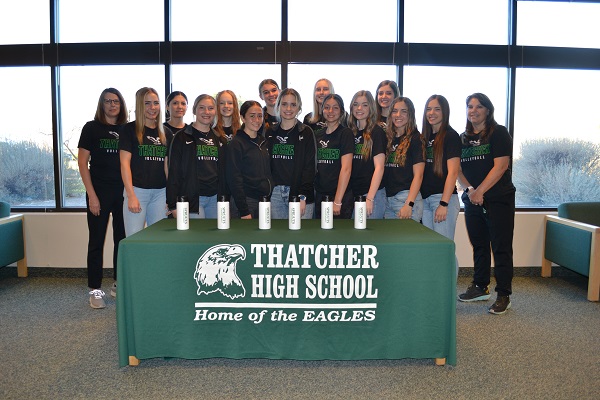 THATCHER — This morning the Thatcher Eagle Volleyball team was presented with their prizes from for being named the Sprouts Team of the Season for the fall sports season.

Arizona Interscholastic Association Executive Board President, Toni Corona, was on hand to present the team with their $500 Sprouts gift cards as well as other swag.

The four finalists – Chaparral football, Liberty football, Santa Cruz Valley football and Thatcher volleyball – were selected by the AZPreps365 writers based on overall performance, overcoming obstacles, community involvement and other intangibles that made this a memorable season. Thatcher received 51% of the votes to secure the win.

Members of the team are:

Thatcher finished the season 15-5 and an appearance in the 3A semi-finals in their first season in that conference.