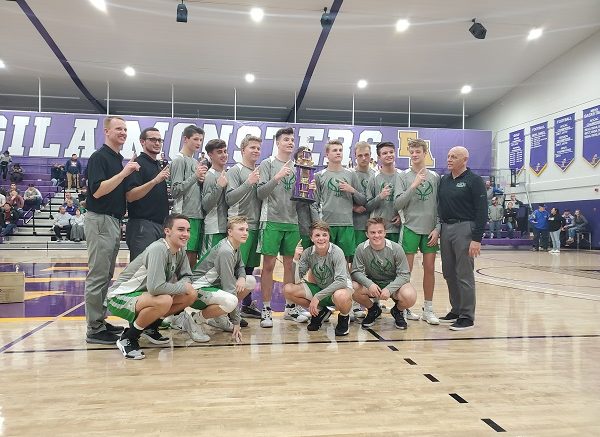 Thatcher led 16-2 over the first quarter and 28-12 at halftime. They were led by Tournament MVP Michael Greer with 10 first half points.

The Apaches were ready, however, in the 3rd quarter and sped back up and nearly caught the Eagles behind 10 third quarter points from Malachi Rogers. The Apaches still trailed by 7 entering the 4th quarter and would get as close as 5 but ran out of steam as the Eagles pulled away late to secure the victory.

This is the only meeting between these two teams this season.

Greer and Collin Thompson led the Eagles with 13 apiece. Brandon Napier added 11 and Bradley Curtis had 10.