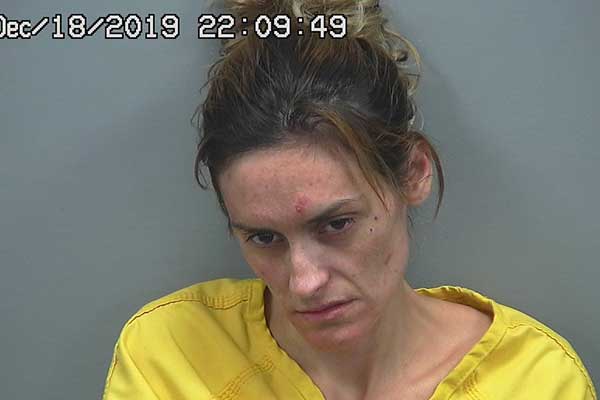 SAFFORD – Last Saturday morning, around 10:30 am, officers were called to the Casa De Florez apartments in reference to a female who had entered apartments at the business unlawfully.

When an officer arrived and spoke with the manager, it was reported that a female had entered an apartment and a description of the suspect was given, along with the direction in which she had left. The officer spoke with the victim whose apartment was trespassed. The victim stated she had just left her apartment and had not locked the door when she then saw Perez enter the apartment. The victim yelled at Perez to leave. The victim stated to police she wanted to pursue charges. After the officer looked at the photo from the security camera footage, the female was identified as Yvonne Perez, due to previous police contact.  While the officer was speaking with the victim and manager, an additional report came in regarding a female matching the same description located at the basketball courts at the Sunshine Valley Apartments. Deputies and additional officers arrived at that location and had the female detained. When the first officer arrived on scene, Perez was identified as the female in the security photo and three outstanding warrants for her arrest had been confirmed. After having her rights read multiple times, Perez stated she didn’t understand them. She also briefly claimed to the officer the victim had let her in the apartment. Perez then quite speaking.

Perez was transported to the Graham County Jail and booked on her warrants, while charges on felony 1st degree criminal trespass are pending.