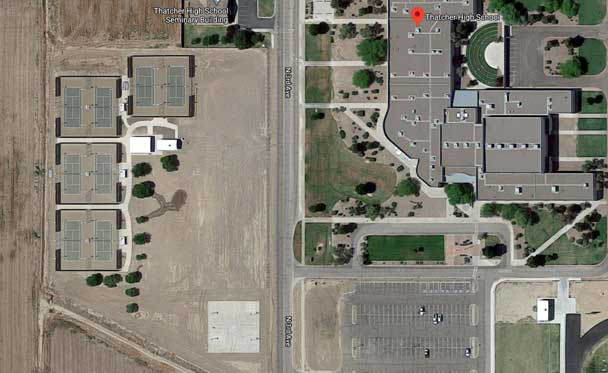 The Town of Thatcher is talking with the Thatcher School District about replacing the outdoor basketball courts near the tennis courts at the high school with new pickleball courts. - Contributed Photo/Google Maps

THATCHER —Those who love the game of pickleball may soon have another place to play.

Also the council asked staff to inquire about more time at the tennis courts be available to the general public.