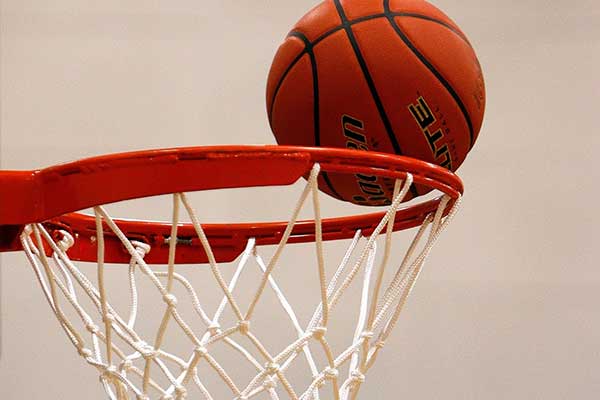 SAFFORD — The Thatcher Lady Eagles stormed out to a huge 33-15 halftime lead last night but the Lady Bulldogs chipped away and never went away. Thatcher held on for the 59-50 win. It was the first win for new Thatcher coach Dennis Griffin.

Safford was led in scoring by senior Cambry Cluff who poured in 17 points. Freshman Brianna Camarena added 16 and senior Jessica Bright-Schade finished with 11. Head Coach Robert Abalos was proud of the adjustments the team made at halftime to get back into the game. “We were caught out of position early and Thatcher made us pay,” he said. “We learned a lot.”

He added that he thought Cluff played extremely well and the team will get better with more reps.

The Lady Eagles scoring was much more spread out and was paced by Karlee Lords’ 15, Nine of those 15 from three. Briley Miner and Cassidy Wakefield both added 8 points a piece for Thatcher. Despite the big lead and win, first year head coach Dennis Griffin knows they need to continue to get better. “It was great to get on the floor and watch everyone compete,” he said. “We have a lot to work and improve on though.”

The boys game featured two first year head coaches. Rob Martindale for Thatcher and Sheri Camarena for the Safford Bulldogs. As expected both teams started out a bit tight. Thatcher was playing their first game of the year. It was just the 2nd for Safford.

Thatcher held the early lead 15-13 at the end of the 1st quarter behind 7 points from 6’4″ Freshman Bradley Curtis. The Bulldogs settled in for the second quarter and took a 32-27 lead at halftime as Dax Gonzales hit a half court three as time expired.

Safford came out shooting hot in the 3rd quarter from all over the floor as Thatcher struggled to get good shots against the Bulldogs aggressive zone defense. Safford took a 53-47 lead into the 4th quarter. The Eagles started chipping away at the Bulldog lead with full court defense and timely shooting. Safford last scored with four minutes left in the game when Jejdrique Chavez had a dunk and was fouled to make the score 63-51 Bulldogs. Thatcher proceeded to go on a 10-0 that was capped by a 3-pointer from the corner from Brandon Napier but time expired on the comeback and Safford held on 63-61.

Chavez led Safford with 24 points and 10 rebounds. Collin Thompson has 13 points and 7 rebounds for the Eagles.

Even though it was his first game as a head coach, Thatcher’s Rob Martindale was able to see the big picture. “The last 4 minutes was the kind of effort we need to championship caliber. We need find a way to do that for 32 minutes. We are young and it’s early, I’m excited about this team.”