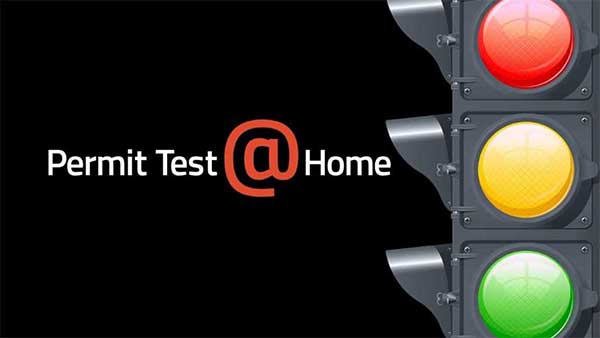 More potential teen drivers are choosing to take the learner’s permit test online than ever before. For the first time since the Permit Test @ Home was introduced in March, 2018, more tests are being taken online than at MVD offices.

Data for the month of November show that slightly more than 50 percent of all permit tests were taken using the Permit Test @ Home as opposed to just over 49 percent of tests taken at an MVD office. By comparison, in November, 2018, office tests outpaced online testing by approximately 57 percent to 43 percent.

“It was just a matter of time for the Permit Test @ Home to become the method of choice for the majority of teens to take the learner’s permit test,” said MVD Stakeholder Relations Manager Jennifer Bowser Richards

She added, “Teens and parents are catching on to the convenience of taking the test at home and because parents proctor the test, it’s a great chance for adults and teens to review the rules of the road together. It also frees up MVD offices for other customers to be served more rapidly because so many teens and at least one parent or guardian can avoid one MVD office visit.”

In November, 2019, the Permit Test @ Home was taken a total of 6,758 times. Combining that number with at least one parent or guardian, potentially 13,516 customers avoided at least one MVD office visit, creating more opportunities for MVD to serve other customers. Statewide, MVD serves a total of approximately 7,500 office customers each day.

In order to take the test, parents need to establish a free account at AZ MVD Now, a service accessed through www.ServiceArizona.com. The accounts are secured through a multi-factor password process, and parents agree to proctor the test.

Once the teen passes the test, a receipt is generated and the teen and parents may go to an MVD office to confirm the results and get the actual permit.