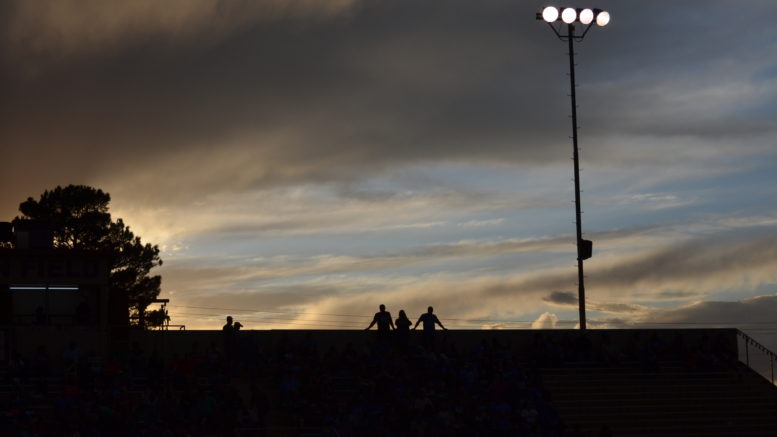 THATCHER — For the first time since 2009, the St. Johns Redskins found themselves on the winning side against the Thatcher Eagles.

This year it was the Redskins defense that led the way. They held Thatcher to just 182 yards of offense and 7 points. They forced two turnovers as well.

St. Johns started the scoring with 38 seconds left in the opening quarter with a 19 yard Ira Tullous run. The Eagles answered back with a Michael McBride 3 yard touchdown run to tie the game with 3:43 to play in the first half.

The Redskins scored the eventual game winner with 1:11 left in the first half on a Ramon Sanchez to Dion Perry 35 yard TD pass, the only completion by either team on the night.

Thatcher reached the red zone  once in the 2nd half as both defenses held serve. St. Johns finished with just 130 total yards of offense.

The Eagles fall to 5-3 overall and 2-1 in the 2A Black Region. They will host league leader Round Valley next week. The Elks defeated Morenci 47-12 Friday night.