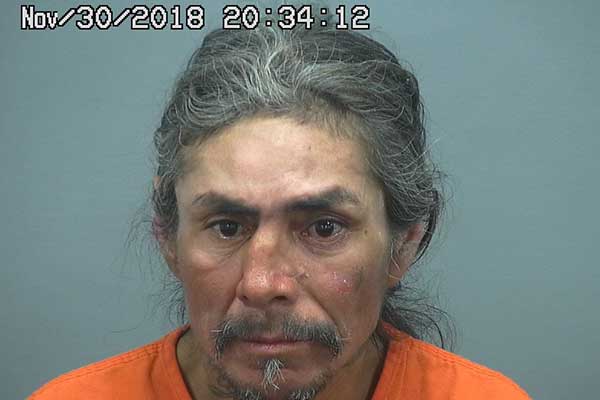 SAFFORD – On Friday, November 30, just before 1:00 pm, two teenage girls took a dog for a walk at Firth Park where one of them reported being assaulted.

The victim told authorities that she and her friend walked into the women’s restroom and found 2 males, and 2 females inside. One of the men, later identified as Walter Neele, shook her hand and proceeded to to make inappropriate comments to her. The victim stated that she had to pull her hand away from Neele’s grip.

The two girls had entered the restroom with the dog they were walking. While in the restroom, Neele pulled the dog to him and began to pet the dog. After the teenage girls finished using the restroom and went to leave, Neele reportedly stopped them again, wanting to introduce himself and asked to shake the victim’s hand. As she shook his hand, he made comments about her looks and more inappropriate comments. This time the victim had to pull her hand away with much force to break his grasp.

After the two teenagers reported the incident to authorities and gave descriptions of the subjects, an officer drove to the park and made contact with the four individuals matching the descriptions. Authorities spoke to them about what had taken place. According to the police report, all four subjects had different recollections of what took place when the teenage girls entered the restroom.

Another officer was asked to stay with the subjects at the park while the two teenagers and the victim’s mother were picked up to confirm the identity of the assailant.  After instantly identifying Neele, they were taken back to their residence and issued victims rights paperwork.

The officer drove back to the park and arrested Neele and transported him to the Graham County Jail. The officer had found 2 cans of beer in the backpack Neele was holding, so he was booked for assault and liquor in the park.