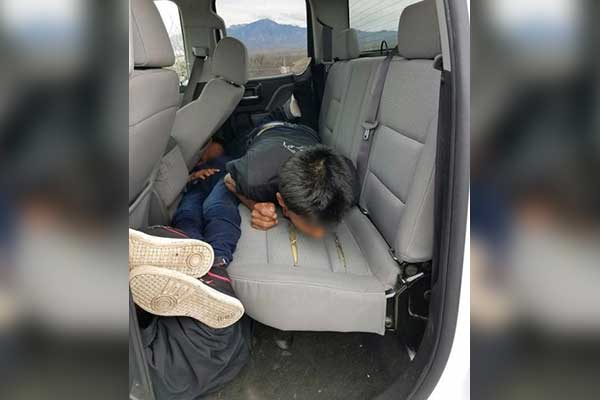 At approximately 10:45 a.m., agents working the primary immigration inspection lane referred the driver of a flatbed tow truck hauling a Chevy Silverado for a secondary inspection.

Utilizing x-ray technology, agents detected anomalies in the cab of the Silverado atop the flatbed. A subsequent search of the vehicle revealed three individuals stacked atop one another in an attempt to conceal themselves.

The three men, identified as Mexican nationals illegally present in the United States, were arrested and will be processed for immigration violations. The smuggler will be prosecuted for human smuggling.