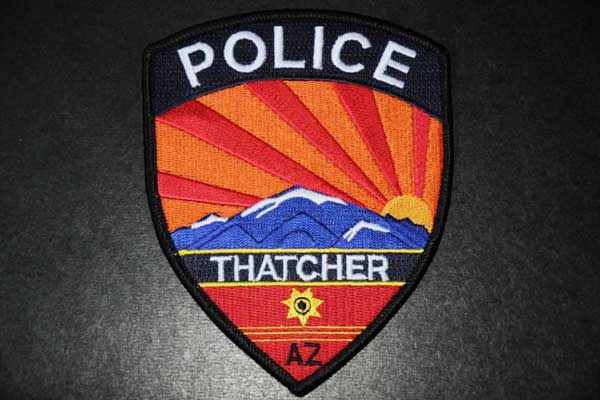 THATCHER — A pair of local law enforcement agencies found themselves dealing with armed suspects over the weekend.

At about 3:15 p.m. Sunday, Graham County Sheriff’s deputies were called out for a domestic dispute at a residence on U.S. Highway 191. The victim said her husband, identified as Pablo Juarez, had a gun and was threatening to kill her. She also said he had been drinking and taking methamphetamine.

When deputies arrived, Juarez reportedly tossed the gun on the ground and attempted to flee, but deputies were able to track him down and take him into custody.

About five hours later, Thatcher Police were called out to a domestic disturbance on Porter Lane, in the Cota subdivision, where the suspect allegedly brandished a handgun. He was seen with the weapon by officers as he closed himself in his garage.

Joined by officers from Safford, Pima and Graham County Sheriff’s Office, Thatcher Police established a perimeter and tried to communicate with the suspect.

While attempts to establish contact failed, the unidentified suspect eventually surrendered himself without incident about an hour later.