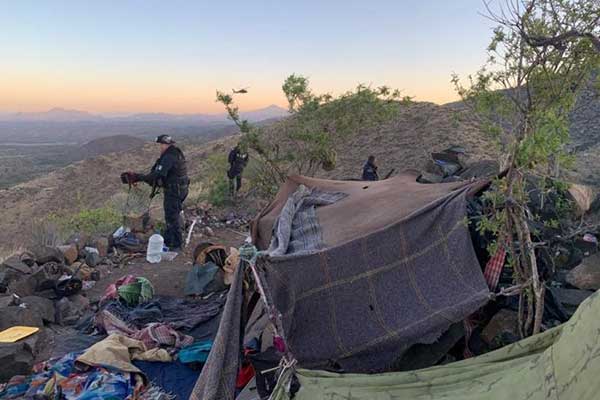 TUCSON, Ariz. – A four-day binational operation between U.S. and Mexican authorities resulted in seizure of more than 250 pounds of narcotics, assault weapons, and communication equipment from criminal networks over the weekend.

Policia Federal helicopter units deployed for operation in Mexico also discovered and destroyed a poppy field near the International Border, believed to be used for opioid production by the same illicit criminal organizations targeted during the raid.

“Binational collaboration is crucial in ensuring the safety for communities on both side of the border,” said Roy Villareal, Tucson Sector Chief Patrol Agent. “The disruption of endeavors by dangerous criminal organizations who profit from the misery of others will always one of the enforcement goals of Tucson Sector.”