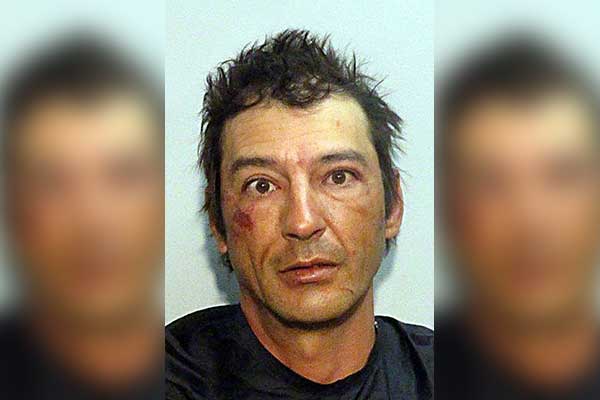 Benson, Ariz – A Benson man is facing a host of charges after an alleged attempt to lift an Arizona Department of Public Safety officer’s gun from its holster, resulting in a fired round in a Benson Hospital room.

No one was injured in the early Saturday morning incident.

Matthew Joseph Menard, 38, was booked into the Cochise County Jail in Bisbee on charges of attempted murder, aggravated assault with a deadly weapon, endangerment and prohibited possessor of a firearm – all felonies. A charge of driving under the influence is pending blood analysis.

The incident began when a DPS Officer responded to a one-vehicle accident, west of Benson as around 3:00am. DPS reported that Menard became combative upon being placed under arrest for DUI, resulting in a Taser being deployed and transportation to Benson Hospital after Menard complained of injuries.

Upon release from the hospital, officers had to subdue Menard again after he attempted to exit the hospital room while cuffed to the bed. It was during that struggle that Menard grabbed for an officer’s service firearm and pulled the gun half way out of its holster, discharging the weapon which sent a 9-mm round through one wall.   A second wall stopped the bullet. No one was injured.