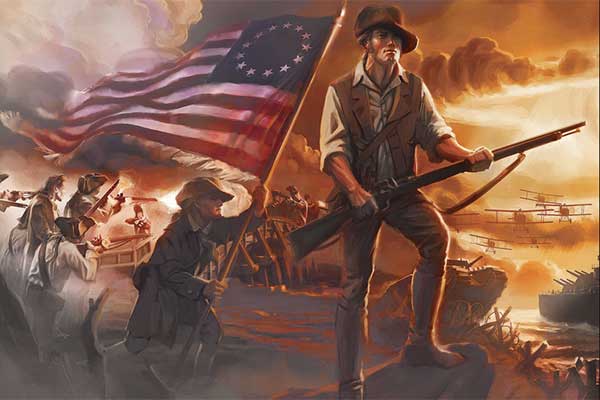 DAR member, Donna Wright, shares stores of her 5thgreat grandfather, Solomon DeLong, Sr, who was a patriot in the American Revolution.

Members of the Daughters of the American Revolution (DAR) link their direct family lines to patriots who supported the independence of America in order to be free from England’s rule. Later in 1890, when DAR was established, its main purpose was to pay tribute to those patriots by remembering the stories of their experiences.

During Constitution Week last fall, the local DAR Gila Valley Chapter began sharing stories of the patriots in their family lines with a program entitled “Honoring Our Patriots.” As a continuation of their presentations, Edres Barney of the Eastern Arizona Museum in Pima volunteered to write an article featuring each of the stories shared. 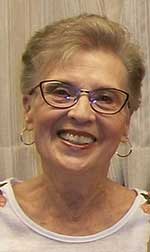 Donna Wright, as an accomplished secretary, worked at a variety of jobs where she grew up in California.  After relocating to Safford 40 years ago, she was employed with Motor Vehicle for nine years and the State Prison System for twelve.

Donna, Historian of the Gila Valley Chapter, is the 5thgreat granddaughter of Solomon DeLong, Sr. Her middle names are “patience and perservere”.  She doesn’t remember a time when she wasn’t interested in family history; gathering as much information as she could by the means and methods of that time period.  She never turned away anyone who could help in that process and always expressed her appreciation.

She was rewarded with great joy and satisfaction when records were located of her 5thgreat grandfather patriot.  Then to learn of his experiences and struggles as well as his Revolutionary War Service; that was an additional bonus. The following is her patriot’s story:

Solomon DeLong, Sr. was born in 1750 in France or Germany.  According to a well-respected DeLong researcher, it was believed that DeLong was born in Germany because his brother was known in Ohio settler’s records as a Dutchman who spoke with a German accent.  One train of thought was that his family may have migrated from Germany to France and then on to Maryland before what was to become West Virginia.  After the Revolutionary War, he relocated to the frontier of Ohio.

Solomon served as a soldier in Captain Thomas Gaddis’ Company in the Monongalia County Militia from September 1776 to January 1777 at Ft. Liberty, Virginia. During colonial times, the militia was made up of all able-bodied men of certain ages.  It was generally an army of non-professional soldiers who could be called upon for military service during a time of need, as opposed to a professional force of regular, full-time military personnel.  During the Revolution, many local state militia units were created to help defend the rights of the colonists; fighting in support of the American cause.

Because his service was not a part of the Continental Army, DeLong was refused a pension. He and his brothers had taken part in the Revolution, and later, along with his older sons, fought in the War of 1812.

This family showed the Spirit of adventure when, in 1783, they illegally crossed the Ohio River from West Virginia to Ohio and built cabins on what was known as Indian land.  In 1785, with Congress fearing retaliation from the Indians, orders were issued to move back across the river.  The orders further stated that anyone refusing would be forcibly dislodged. Solomon and his family refused and organized themselves to resist with an arsenal of guns.  Fortunately, a compromise was agreed upon.  They went back across the river while their homes were destroyed by federal troops.

Later that year when the ordinance for acquiring land was passed, the DeLong family returned to the Ohio side and rebuilt their homes.  With this strong sense of perseverance, Solomon DeLong and his family were considered to be among the first settlers in this area.

His life’s companion was Nancy Ann LeMasters, and they raised six boys and three girls.  Solomon died around 1830 on his farm near Dennison, Tuscarawas County, Ohio at the age of 80.  There was a DeLong Family Cemetery near Dennison with thirteen unmarked graves, each with fieldstones showing their location.  Unfortunately, during a strip-mining excavation, the graves were accidentally unearthed.  The remains were taken to Kent State University Archeology Department and later to a mortician in Dennison.  Most of the burials had occurred between 1800-1850.  The original graves had been dug down to bedrock and then a custom fit niche cut into the rock for the coffins.  This was a remarkable feat for that time due to the tools available. This mayhave been Solomon’s burial site, although there is no actual proof. In family history those stories become close to the researcher’s heart, while searching for that elusive proof.

Two words come to mind which aptly describe this pioneering family—“patience and perseverance”.  Solomon DeLong was pretty much like the rest of the patriot “heroes” of the time—doing what needed to be done and pleased to have his story told as well as grateful that his 5thgreat-granddaughter, Donna Wright, also had the patience and persevering genes to find him in her family line.