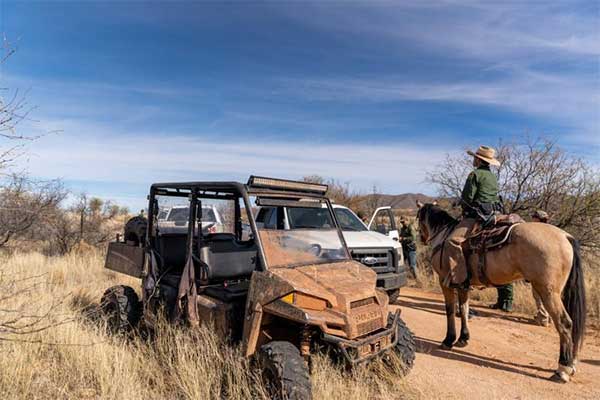 As agents questioned the man, an AMO helicopter surveilling the area spotted an abandoned off-road utility vehicle and six people wearing camouflage hiding in the desert.

Two additional U.S. citizens and a firearm were located in the vicinity.

The gun and UTV, both reported as stolen, were seized along with the Jeep Cherokee. After further questioning, all nine people were arrested. Four Ecuadorian and two Guatemalan nationals will be processed for immigration violations. Two United States citizen were released and are not being charged at this time, however one U.S. citizen man will remain in custody pending facing human smuggling charges.