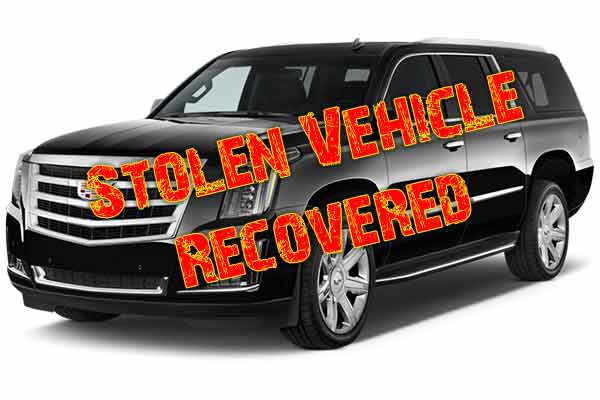 SAFFORD – Around 9:00 am last Tuesday morning, police were dispatched to a motel on Highway 70 regarding a vehicle theft. The victim stated the vehicle was last known to have been parked there since 5:30 pm the night before. The victim still had the keys in his possession. With the officer present the man called ex girlfriend – who the car is actually registered to and who lives in Chinle, Az. She stated she had the only other set of keys that she knew of to the vehicle. Over the phone, the woman told the officer she had nothing to do with the disappearance and asked to have the vehicle entered as stolen. It was also confirmed the vehicle had not been repossessed.

On surveillance footage, provided by the motel, the officer watched as a male was seen walking on the sidewalk parallel to the motel and then towards the vehicle and drive away just before 9:00pm the night before and head East on Highway 70.

The following day around 11:00 am, the officer was notified by a Thatcher police officer, that the stolen vehicle had been discovered in the 3400 block of 4th Street in Thatcher. When the officer arrived and police vehicles were positioned in front of and behind the stolen vehicle, the officer was also informed of two suspicious males found less than a block away. One of them, known to authorities as Daniel Gonzales, was known to have a current outstanding warrant for his arrest. As authorities approached the area, a male getting out of a lifted truck who began walking away quickly was asked by the police where they could locate Gonzales. The male stated Gonzales had left with another male in an older brown truck. Meanwhile, the other officer attempted to speak with someone at the trailer where a male and female answered the door, both of whom are known to authorities through prior police contact. The male, identified as Kenneth Sandoval, was asked to speak with the officer outside. While outside, Sandoval began to quickly walk away from the officer while being told to stop. Sandoval began to run shortly after the officer was advised by dispatch that Sandoval had a local warrant for his arrest. Both officers chased Sandoval as he headed north and then east on Highway 70, ending at Kinoas. Sandoval was stopped in the drive thru as an officer was holding his taser on him. The other officer assisted in handcuffing Sandoval at that point.

After authorities walked Sandoval back to the area they originally encountered him, police asked the other male in the area again where they would be able to find Gonzales. The man reportedly told them that Gonzales might be at another residence he owned. While an officer was waiting to enter the residence, another officer located Gonzales in the backyard and took him into custody. Gonzales stated he had nothing to do with the stolen vehicle. As the officer took photos of the stolen vehicle, it was noted the locking mechanism on the drivers side door was missing. There was a large bend near the lower half of the driver’s side door, a large sized hole in the drivers side rear tire and fresh scratches in the paint on the passenger side. Authorities also noticed the drivers side seat to be all the way forward, making it appear that a shorter person may have been driving the vehicle. The police report noted that Gonzales is 5’3″.

Gonzales was transported to the Safford Police Department where he was interviewed regarding the stolen vehicle, as well as pending burglary charges. During the interview Gonzales continued to state he had nothing to do with the stolen vehicle. He told authorities that he had walked to the trailer park in Thatcher from the area of Lafe Nelson School in Safford and had only arrived a half hour before the police. Surveillance video from Safford schools confirmed that part part of his story. Gonzales also stated he would be willing to take a CVSA test to prove his innocence. Gonzales was then transported to the Graham County Jail and booked on his warrant.