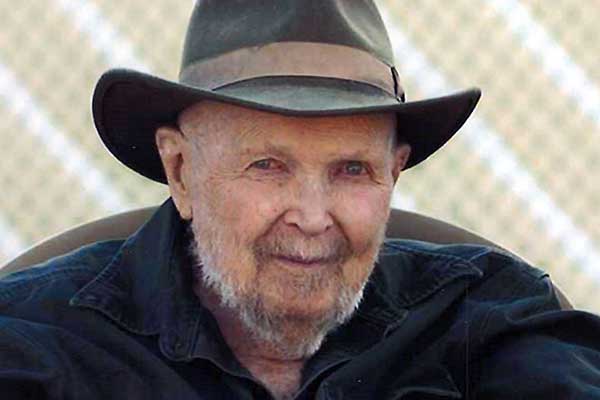 Stephen Bruce Bingham of Safford, passed away at The Haven, on October17, 2021, a few days after his 90th birthday.

Steve was born October 14, 1931, at a hospital in Janesville, WI. to Charles Elton and Ruth Constance Shaw Bingham. No doubt there was speculation as to how a farmer during the depression years could afford a ten-day $75.50 hospital stay for his wife. Steve’s father said it was a break for her from her role as wife and mother.

Steve attended Six Corners School, a first through eighth grade one room school for eight years, where he felt he was well prepared for high school. He graduated from Milton Union High School in 1949. From there he went on to Wisconsin State College at Platteville, WI. In 1953 he earned his B.S. degree in Agriculture. During his college years he was a member of the National Guard.

In 1953, he enlisted in the Army infantry and attended OCS at Ft. Riley, Kansas. Upon receiving his rank of Sgt., he was stationed at Ft. Devens, MA, shipping out to Iceland shortly after. Before shipping out, he married his college girlfriend, Nancy Kliebenstein, March 27, 1954, a marriage of 67 years.

Steve’s teaching career began in 1955 at Coleman High School, in WI. where he taught Vocational Agriculture until 1960. Health problems required a move to a drier climate, which led him to New Mexico Western in Silver City. Upon taking a few classes there he discovered an interest in plants of the Southwest, which later led him to pursuing his masters in that field. While at NMW, he learned of an opening for a high school science teacher in Cliff, NM, where he taught until the family moved to Tucson, where Steve received his Master’s in Botany. In 1963, he accepted a position at EA College in Thatcher, where he taught Biological Sciences, Forestry, and other related classes for almost 20 years. He enjoyed his students greatly and had fond memories of local trips and excursions to the Grand Canyon. In 1975 he was honored by receiving EAC’s Man of the Year award, which was a surprise and very meaningful.

Summers, while teaching, and later in retirement, he worked in an advisory, resource and studies capacity for BLM and other related agencies. During this time, he collected an extensive collection of Southwestern plants, an herbarium which he donated to the BLM, where it is still used today.

Steve was a life-long conservationist, albeit a realistic one. In 1977 he received The Thomas McCullough Award as 1977 Arizona Wildlife Conservationist of the year. He served on the board of directors of the Arizona Wildlife Federation and as chairman of the BLM Lands Committee. During the 60’s and 70’s he volunteered as a gun safety instructor to many of the Gila Valley young hunters. Steve enjoyed hunting and target shooting. He created many beautiful hand checkered gun stocks for family and friends in his later years.

Steve and Nancy moved to Alpine in 2001, where they lived for almost 20 wonderful years. On October 23, Steve was laid to rest, with private family graveside services in the Alpine Cemetery.