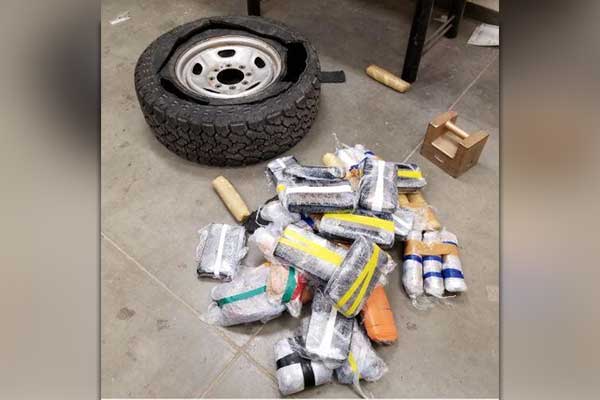 Testing later confirmed the packages, weighing more than 70 pounds, contained an assortment of meth, fentanyl, cocaine and heroin with a combined street value of more than $600,000.

Agents arrested the 39 year-old driver. He and the contraband were turned over to ICE Homeland Security Investigations for prosecution.