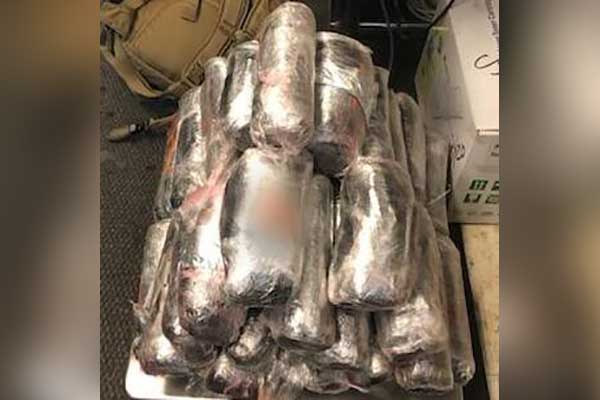 Tucson Sector agents referred the young male driver to secondary inspection, where they discovered 40 packages of meth, weighing approximately 45 pounds, concealed inside the vehicle’s door and quarter panels. The narcotics have an estimated street value of $45,000.

The vehicle driven by the teen belonged to his father. Agents seized the meth and vehicle. The teenager was arrested and turned over to the Drug Enforcement Administration.

To combat cartel recruitment early on, the U.S. Border Patrol educate children and their families through T.E.A.M. Kids and the Parent Symposium. These programs focus on the signs of criminal exploitation as well as the dangers and consequences of becoming involved with smugglers. Through this community outreach, U.S. Border Patrol hopes to increase awareness and to provide families resources they can use to avoid becoming victimized by cartels.

U.S. Customs and Border Protection welcomes assistance from the community. If you are a parent or school administrator interested in these programs, please feel free to email the Tucson Sector Border Patrol at TCA-PAO@cbp.dhs.gov.