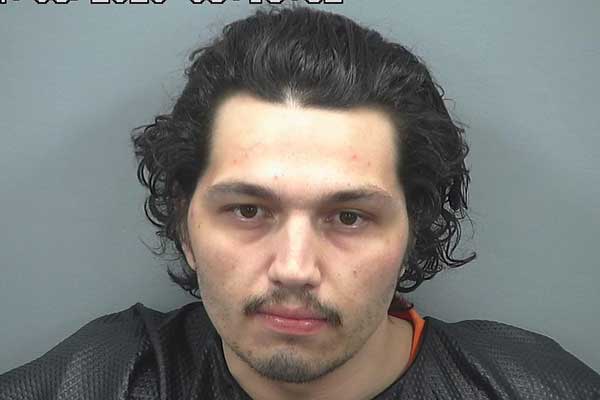 SAFFORD – Police were dispatched to Walmart on Thursday night at approximately 11:30 PM,  in response to a couple who were apparently seen shoplifting. A Walmart loss prevention associate described the suspect as a male wearing a brown jacket. The suspect and a female companion were both seen shoplifting items and taking them to a silver vehicle in the parking lot. After placing items in the car, the man went back into the store. The loss prevention associate pointed out the vehicle, which was parked in the northwest section of the parking lot.

An officer went into the store to look for the male suspect while another officer drove to the suspect’s vehicle in the parking lot. The female suspect was sitting in the passenger seat. The woman got out of the car when the officer arrived and locked it with a key FOB. When confronted with the accusation of shoplifting, the woman told the officer that the items she stole were in the car. The officer looked inside the vehicle and saw an open purse with several items on the front passenger floorboard, and a Walmart bag with merchandise on the front passenger seat. The officer used the woman’s key FOB to open the vehicle and remove the merchandise. The woman was cited for shoplifting and trespassed from the store.

When the male suspect, identified as John Contreras, saw the officer inside the store, he ran and was able to get out of the store through the locked garden center doors before being apprehended. A third officer was able to catch him and take him into custody. Contreras told authorities that the reason he ran was because he thought he had a warrant for his arrest. According to the police report, there was not a warrant for Contreras.

The Walmart loss prevention associate told police that he believed that Contreras had been involved in other shoplifting incidents. Contreras claimed that he has a traumatic brain injury from a car accident and forgets things, but admitted that he had shoplifted before.

Contreras was booked into the Graham County Jail for shoplifting