SAFFORD – Save a life. Ask for help or share the information on local suicide prevention. You never know who might need it.

Arizona is one of the top-10 states within the United States for the number of suicide deaths. In the wake of the recent heartbreaking tragedy of local 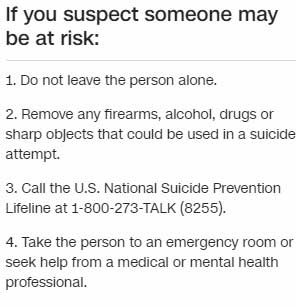 suicide, Gila Valley Central has gathered information and interviewed several individuals with the community to bring forward resources and tips.

“Our community needs to acknowledge that there is a problem and be aware of the resources available,” Macri said. “Education and awareness are important. We have to end the stigma. This is a real issue, so don’t be afraid to talk about it. Arizona is in the top 10 in the nation for its suicide rate. The community needs to stop pretending that it doesn’t happen.”

Individuals who are particularly susceptible to suicide include those with mental health disorders, individuals have had previous suicide attempts, substance abuse disorders, and being an individual in the area of a local cluster of suicides. When faced with a gut feeling that a loved one or acquaintance may be suicidal, Macri stressed the importance of knowing and offering community resources.

“It’s OK to not know what to say but offer the community resources,” Macri said. “Mental health first aid classes are available through Cenpatico Integrated Care for those who don’t know how to recognize the signs or respond. Reach out to us. If in doubt, call. It is better to ask for help and not end up needing it than to not ask and wish that you had.” 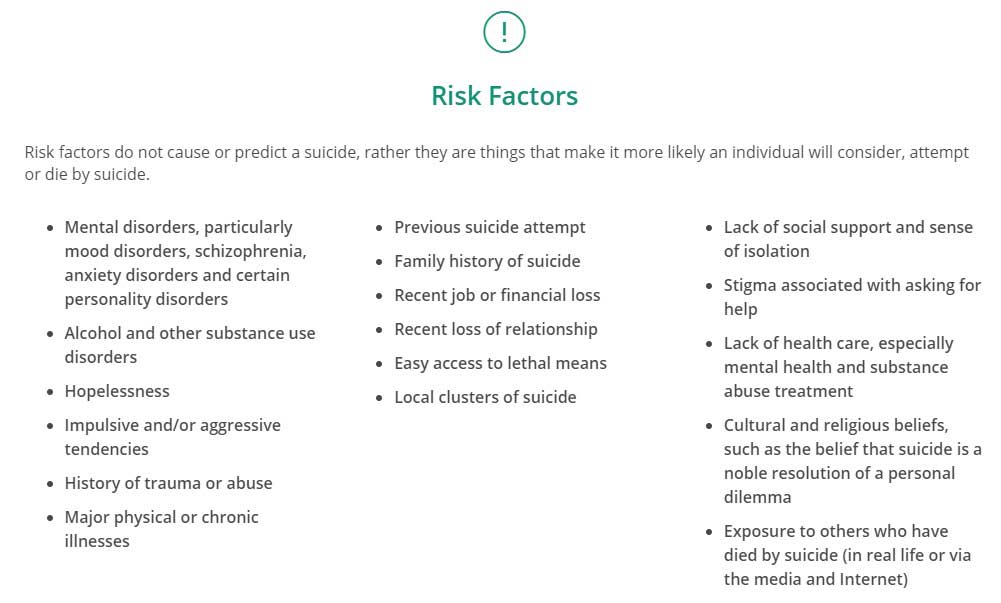 The statistics of suicide among those who are mentally ill are staggering. Of all the individuals who die by suicide, more than 90 percent have a diagnosable mental health disorder. Those who commit suicide are frequently experiencing undiagnosed, undertreated, or untreated depression. To the people who are suffering in silence with mental illness due to stigma, Macri would urge them to seek the help and support that is available to them.

“The resources include professional people who are trained to help,” she said. “We will never doubt or say that you are crazy, or that something is wrong with you. We take people seriously and are grateful to have the opportunity to help. We won’t make fun of you and will thank you for coming in. We keep things confidential and we will help you.” 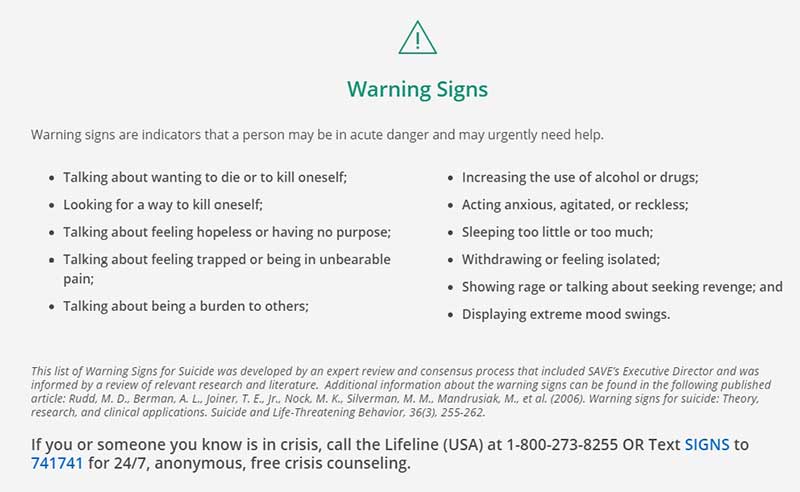 Coinciding with the new school term, teen suicide prevention is crucial. In the United States, suicide among teens has grown to a record high. According to the Center for Disease Control, from 2007 to 2015, suicide rates doubled among teen girls and increased more than 30 percent among teen boys. In Arizona, teen suicide has increased 81 percent since 2009. When it comes to teen and child suicide prevention, Macri told Gila Valley Central that parental involvement is key.

“Parents should be aware of what is going on with their children and teens,” she said. “Talk openly with them. Don’t allow your kids to isolate and not interact with you. Provide them with resources available. Let them know it is okay to ask for help. Talk about healthy boundaries and relationships, ask questions, and be aware. Take note of any changes in behavior.”

According to a Yale University statistic, victims of bullying are two to nine times more likely to consider suicide. Gila Valley Central contacted Patti Wren, mother of the founder of the Save A Skyler anti bullying campaign, and Tye Stewart, who is the Thatcher Middle School Principal.

Stewart told Gila Valley Central that communication with parents and school faculty is crucial when it comes to ending school yard bullying. Instead of lashing out on social media, Stewart stressed communication between parent and school staff.

“Don’t put it out on social media,” Stewart said. “You are mad, you are upset. Call us, come in, come see us, you might be yelling at me from my side of the desk, but I’m there to listen to you, and we’re there to try to come up with a resolution to what’s going on. You just need to get involved with your child right now.”

Stewart also told Gila Valley Central that communication with the child is incredibly important in preventative action when it comes to protecting children from bullying.

“We also need to talk to our kids,” she said. “We shouldn’t find out after it’s the 100th time that it’s (bullying) happening to a child. We should be finding out the first and second time. Instead of it’s happening: You’re listening to your child, your child doesn’t want to come to school, they’re avoiding coming to school and there are changes in behavior. As parents, we don’t want to recognize those things.”

Stewart said social media has become a massive role in young people’s lives, changing the bullying dynamic from a just at school to a constant situation. Because of the constant influence of social media peers, Stewart said parent involvement is a crucial factor in children getting through bullying.

“Their social media access right now is crazy in their face all the time, so the things that are being said to them you may not even know,” Stewart said. “And a lot of it is going on in social media and it trickles over into school, and the parent might not know about it. The parent really needs to be involved with the child, talking to their child one-on-one daily, taking lots of minutes to get to know really what their child is feeling, how they’re feeling, what they’re going through. The pressures of life now are not what they were when we were in school; they’re not even close, they hardly even relate. Those kids need to be talking when the first or second time (something) happens, not the 100th time that it’s happening.”

Wren told Gila Valley Central several tactics for parents to teach their children to diffuse bullying situations, including diffusing a volatile situation through humor and not trying to bully a bully.

Wren also said that it is important to for students to understand that there is a difference between being mean and rude, as opposed to bullying.