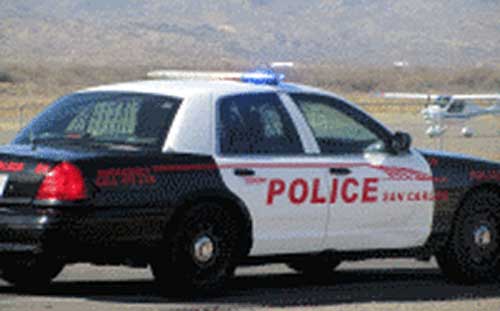 SAN CARLOS – A special meeting Sunday by the San Carlos Apache Tribal Council resulted in yet another series of major steps in trying to keep COVID-19 at bay – prohibiting non-tribal members on the reservation.

In resolution AP-20-052, the council resolved that “non-members are hereby banned from the reservation and subject to exclusion, except those who residents; married to members of the tribe; first responders; health-care workers; or essential employees of government or economic development enterprises, businesses or activities.”

The council also resolved that roads entering the reservation are closed to all non-members. However, the resolution defines the roads entering from “U.S. Highway 170.” Gila Valley Central’s requests to Tribal Chairman Terry Rambler to clarify if the tribe is referring to U.S. Highway 70 or State Route 170 were not immediately returned.

The resolution allows non-member commercial traffic to continue through the reservation.

The resolution also states that those who violate the rule of gatherings of no more than 10 people – including in private homes, funerals and wakes – are subject to citation by the police and could be ejected from the reservation. The exception is families with more than 10 members living in the home.

The council has requested the National Guard and U.S. Department of Emergency and Military Affairs assist the tribe in law enforcement, emergency medical services and supplies, which the tribe contends is in short supply.

According the resolution, the San Carlos Apache Tribe declares it only has 524 frontline personal protective equipment kits, and the tribe is currently using 45 kits per day at screening stations outside the hospital. Based on the consumption rate, the tribe estimates it has enough kits to care for a single patient for just 11 days.

As of April 11, the tribe had tested 80 people for COVID-19, with 75 of the tests coming back as negative. Five tests results are pending and, to date, there have been no positive cases found on the reservation.