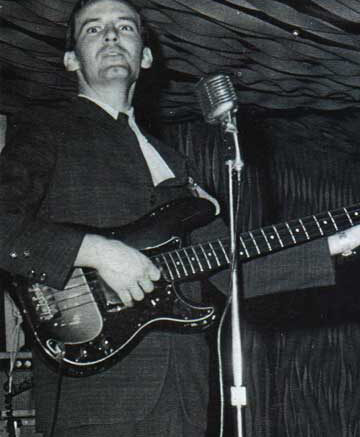 The stage at the renovated Safford Theater will be named in honor of local musician Charlie Hemphill, who played with a number of national acts, including Waylon Jennings, Kris Krispherson and Fats Domino. - Contributed Photo

“We have the total of our funding needed in place,” he said during a recent appearance on Voice of the Valley “There’s a couple that I can mention, and maybe one or two that I shouldn’t, but we have a commitment from the USDA office in Willcox. That’s been a big piece of the puzzle to finish the project.”

Another bit of good news came in the form of a stage sponsorship.

“The Hemphill family wants to honor — appropriately so — their father, Charlie Hemphill,” Smith said. “He was . . . a long-time musician in the Valley that everyone knows, and played on a lot of stages. And we’re going to name the stage at the theater the Charlie Hemphill Stage.”

Locally, he served as part of the house band and director at the Pioneer Lounge in Thatcher, playing seven nights a week, almost every week of the year. He also helped organize and served as master of ceremonies for the area’s local Labor Day Telethon to benefit Muscular Dystrophy. And he organized dozens of benefits to raise money for medical costs and, often, funeral costs, for local musicians and their families.

The restoration of the theater, first built in 1911 as an open-air venue, will cost about $500,000 and was more than half complete when work — and funding — stopped due to the COVID-19 pandemic.

With funding once again becoming available, Smith said he hopes the theater and the Charlie Hemphill stage will re-open by late spring or early summer 2021.