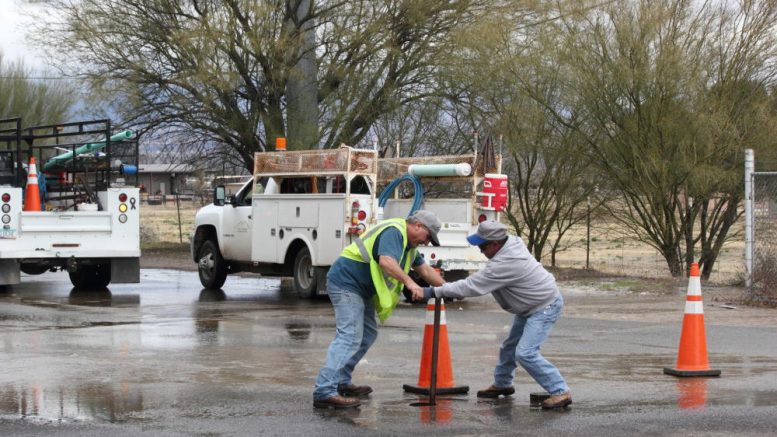 Eric Burk File Photo/Gila Valley Central: Safford Utilities workers turn off the water to stop the flooding after a line break. Safford is looking at raising water rates to pay for infrastructure improvements but will offset the increase with a reduction in other utility costs.

SAFFORD – Safford has a water problem, and the fix is going to cost in the millions.

To pay for the $18 million in loans necessary to enable infrastructure repair of roughly 58 miles of major distribution lines, City Manager Horatio Skeete has proposed a water rate increase. The city had a rate study completed and Kent Silmer of KR Saline & Associates presented the findings to the council at its work session Oct. 23.

During the presentation, Safford Mayor Jason Kouts questioned why the city hadn’t started the process of preparing to save for capital infrastructure improvement years ago.

“Why weren’t these (issues) being addressed back years ago to start setting aside this money,” Kouts said. “Because we know that every day there’s a leak somewhere . . . We know this is an aging process. We know that it’s going bad.” 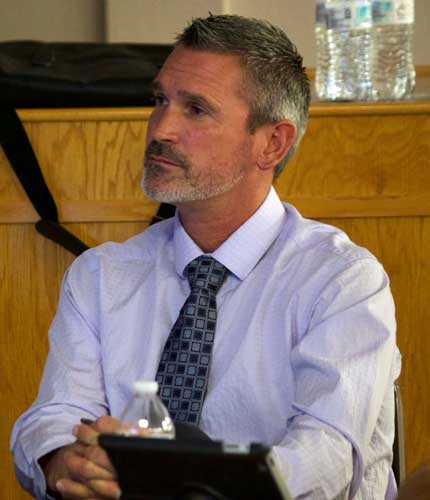 After seeing lowered revenues due to a decrease in use during the drought years and encouraged conservation, the Safford City Council did enact across-the-board incremental rate increases at its June 19, 2013, emergency meeting. That meeting resulted in the immediate 5 percent increase in the rates and scheduled increases of 17 percent in the fiscal year 2014-15 and additional 5-percent increases for fiscal years 2015-16 and 2-16-17. However, just as the first 17-percent increase was set to be implemented, the council decided the increases to be too high and withdrew them.

Prior to the council withdrawing those rate increases, then Safford Utilities Director Eric Buckley said the increases were necessary for the city’s water system to remain intact.

“The new rate schedule is timely and appropriate,” Buckley said. “The new water rate is, unfortunately, one of those not-so-pleasant but necessary issues we have to face time to time.”

The council ultimately decided to not face it in 2014, however, and now, with a new city manager and mayor at the helm, must face the same issue again.

To lessen the burden of the rate increase, Skeete is proposing utilizing a small portion of sales tax revenues. That plan also involves the town of Thatcher and our previous article explaining that process can be found by clicking here. If that plan is successful, Skeete and Silmer reported the rate increase for the water would only be 3 percent in 2018 and 5 percent in 2021.

Those charges just account for water alone, however, and for Safford residents, there are other items on the utility bill, including electric, natural gas, and wastewater. 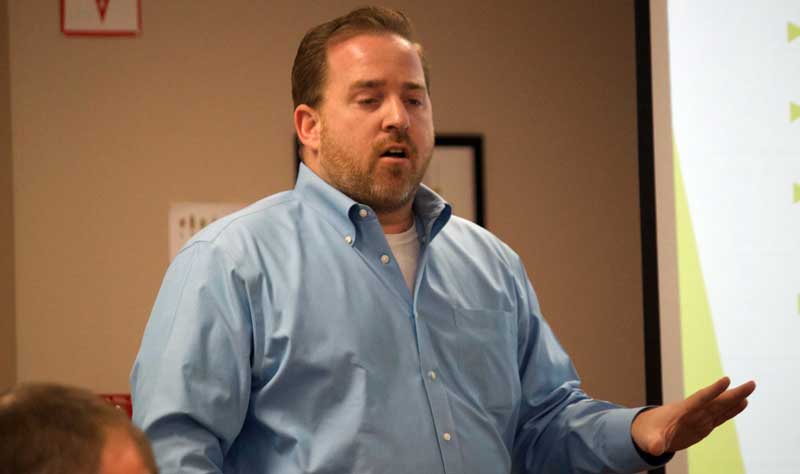 Unlike the water system that is in dire need of repair, the other utilities offered by the city of Safford are in good shape and appear to be able to have costs lowered.

To help offset the water increase, Skeete has also proposed a 10 percent electric energy use reduction and a 5 percent natural gas use reduction while keeping the wastewater charge the same.

If all the proposed rate changes are enacted, a Safford residential customer who used 3,000 gallons of water, 800 kilowatts of electricity, 25 therms of natural gas and 3,000 gallons of wastewater would see their monthly utility bill reduce by roughly $17 per month in 2018 and still have about a $15.50 per month reduction in 2021 after the second water rate increase.

Since there is no tiered system with the electric, the 10 percent reduction would save a residential customer who uses 1,000-kilowatt-hours per month about $20 per electric bill, which more than offsets the water increase alone without even factoring in additional savings with the 5 percent natural gas reduction.

So, even residents with abnormally high water use would likely see their overall utility bills lowered due to the major reduction in electric as well as the reduction in natural gas.

After going through the entire utility rate study proposal, councilor Chris Taylor said he was in favor of following the recommended change.

“We will be able to start a plan, so we can start to take care of the infrastructure so that we can continue to guarantee that when somebody turns their faucet on the water comes out,” Taylor said.

The council will continue to discuss the rate proposal and await Thatcher’s decision on participation in the sales tax issue before bringing it to a vote for approval at a regular council meeting.