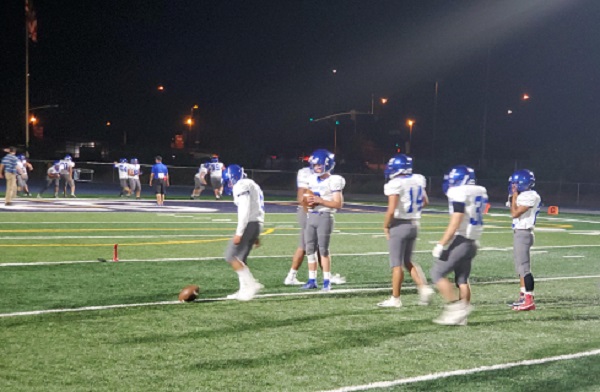 The Bulldogs warm up Thursday night against Fountain Hills

GILBERT — The Safford Bulldog power run game was on full display Thursday night at they rushed for 395 yards in a 23-13 win over Fountain Hills. It was the Bulldogs first ever win over the Falcons in 4 meetings.

Safford’s Christian Smith led the ‘Dogs on the ground with 117 yards from the fullback position. He added two touchdowns as well. Eduardo Ogaz finished the night with 95 yards.

Safford never trailed and led by 10 for most of the second half after leading 9-6 at halftime.

The Falcons were able to pull within three midway through the 4th quarter but the 2nd Smith touchdown put the game on ice. The fall to 2-1 on the season.

Safford will host Pusch Ridge on October 23rd at Bulldog Stadium to try to move to 3-0 on the season. The last time the Bulldogs started a season 3-0 was 2006 under then Head Coach Mike Dorrell.