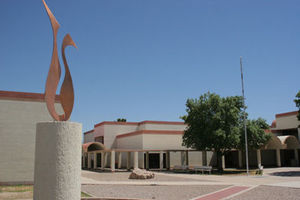 Two young men were found vaping in class at Safford High School on October 07, 2015. One of the students admitted to smoking marijuana that morning and so an officer was called in to talk to the young man with the purpose of figuring out if he still had marijuana on his person.

The officer refused to search the young man until his mother came to the school. The young man’s mother consented to the search of her son because she felt that he needed some help. The officer, female, gave the male security guard permission to search the young man and they went to a private room to do so with the Vice Principal.  There was nothing illegal found on his person. However, after searching the youth’s backpack they found small bags  with marijuana residue and a vape pen in addition to vape liquid that had marijuana inside it. These items were taken as evidence.

A probation officer was contacted and she order juvenile detention for the young man. He was arrested thereafter.