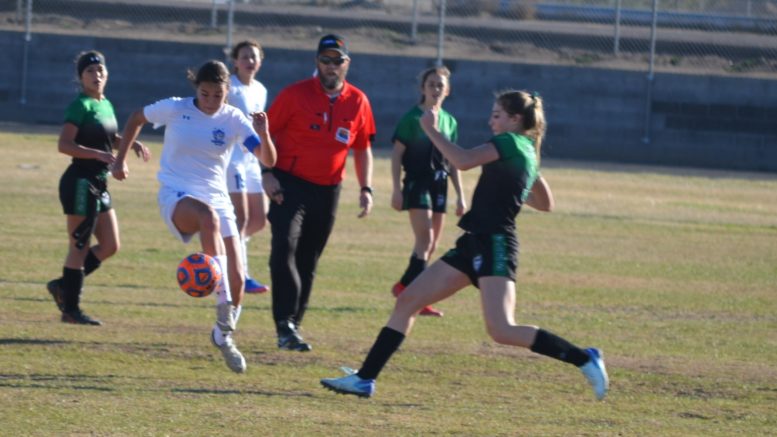 It was a somber start to the Thatcher/Safford girls soccer game Friday afternoon. Both teams gathered on the field to honor Hannah Blake, who died in a car accident, late last year. It would of been her 16th birthday. Blake was a member of the Safford soccer team. The teams released yellow balloons at the end of the ceremony. 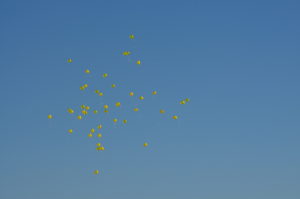 The first half was a little bit of a feeling out process for both teams. Neither was able to establish many offensive threats as the ball spent most of the time changing hands at midfield. Safford was able to break through the defense when freshman Izzy Quintero pushed the ball passed the goalkeeper with her left knee for the first score of the game. The Bulldogs led 1-0 at halftime.

The 2nd half was a different story. Safford dominated from the opening kick and spent most of the half on the offensive side of the field. They peppered Thatcher goalkeeper Alyssa Griffin with 10 shots on goal, 4 of which found the back of the net.

Safford added goals from Amber Hart on a penalty kick, Eliana Aguilar on a corner kick, Abagail Tellez and and 2nd from Quintero to put away Thatcher 5-0. 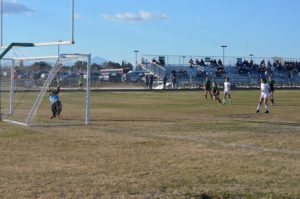 Safford moves to 13-3-1 with three games left in the regular season. Thatcher falls to 5-6.

“We lost our cool for a little bit in the 2nd half and that can’t happen as we get into the playoffs,” said Safford head coach EJ Romero. “We have to keep our heads on the field and the sidelines.” 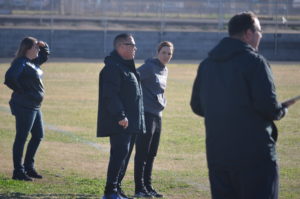