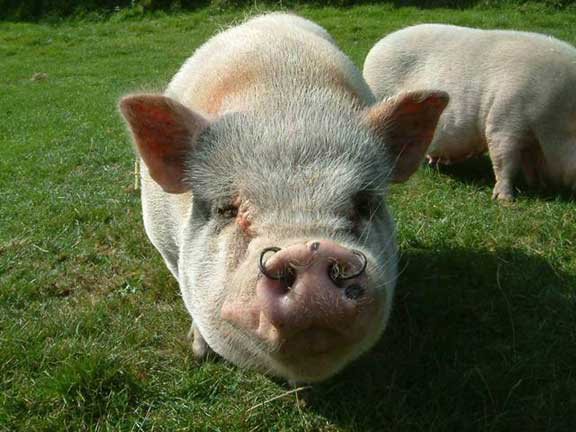 SAFFORD — Safford residents may soon be able keep pigs as pets . . . but only a certain type of pig and in select portions of the city.

Leishae Bruckner, owner of two Vietnamese pot-bellied pigs, initiated the discussion to allow her to keep her pets.

“The ordinance had said there were just no pig or swine allowed within city limits,” she said. “Vietnamese pot-bellied pigs, like the two that I have, weren’t actually even deemed pets in America until 1980 to the 1990s. They are more of an exotic pet. I gave quite an extensive report showing that they are not a livestock that most people think of when they hear the word pig or swine.”

The City Council heard the first reading of a text amendment that would allow up to two pot-bellied pigs be kept as pets. Restrictions would include no more than two pigs in a household, the pigs must be licensed similar to dogs, and the pigs must be spayed or neutered.

The city’s Planning and Zoning Commission recommended the animals only be allowed in the R-10 single family residential and the A-R agricultural residential zones. The commission recommended against the pigs in the C-MH conventional manufactured home, MHD manufactured home development zones as proposed by city staff. The text amendment will come back for a second reading and possible final action at a future City Council meeting.