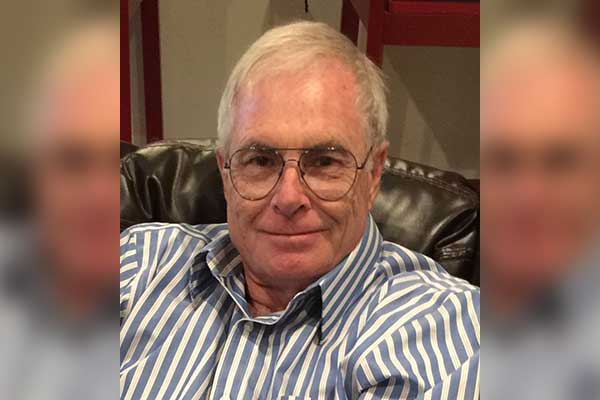 Gene Seale was born in San Diego, CA where his father was stationed in the Navy. The family moved to Safford when he was about 2 years old. The family had roots here. Gene’s mother was from Safford and had grown up here. Gene grew up on a small farm his grandparents had, east of Safford in the Little Hollywood area.

Gene is a graduate of Safford High School. He has an AAS degree in Business Administration from Eastern Arizona College and Bachelor of Arts in Enterprise from NAU. Gene has lived in the Gila Valley most of his life, except for a 2-year mission to Ontario, Canada for the Church of Jesus Christ of Latter-Day Saints. He has been married 41 years and has six children and 15 grandchildren. He’s been a member of the Safford Fire Department for 37 years.

Gene was a partner in an agricultural consulting business on pest control for 43 years. His company monitored cotton fields for insects and made recommendations for pesticides. Gene currently manages Glenbar Cotton Gin – a position he has held for about five years.

In 2010, Gene was approached to fill a vacancy on the city council. With only a matter of months before the next election, other council members suggested that he run for the office instead of applying for the appointment. “I had never run for anything before,” Gene says, “but I ran in the 2010 election and became a member of the council.”

The elections in 2010 were not on the regular election cycle. Gene took office in June. One of the first matters of business for the new council was a proposal to change city council elections to coincide with the regular election cycle. Holding an independent election created a few problems for the city. An independent election was costly. The city had to prepare and print special ballots and organize staffing for the polling places. Another problem was that a lot of potential voters missed the election because it was held in a month when they wouldn’t normally vote.

The council voted to change the election to coincide with the regular primary election for state and federal offices. However, this created another problem for the council. They were not able to enact the policy immediately because the new policy would extend the terms of some of the council members. A sitting council cannot vote an extension of their terms. The new policy couldn’t take effect until all members on the council had been through an election.

However, a few years later the state legislature made it mandatory for all cities to move local elections to the regular cycle. This made it possible for the city council election to be changed immediately.

As Gene runs for his third term on the council, he is keenly aware of people who struggle financially, and he wants to represent their interests.

“This area has a lot of people that are not particularly well off,” he said, “and I’ve always thought that they need a voice. You like to keep the rates low and provide the services that are necessary at the lowest possible cost because you don’t want to make people choose between paying their utility bill and putting food on their table.”

Gene recognizes that there’s a difference between the business world and government. “Out in the retail world, you can raise your price to whatever level you want because if it’s too high, people can go somewhere else. In government, when the price gets too high, people have to go without. That’s something I’ve always been concerned about; making sure that we keep things priced so that people can afford to live here and have the best quality of life that they can regardless of their income. We need to be careful on how we spend people’s money. It’s not ours, it’s theirs. We’re just caretakers of their funds and we need to spend them wisely.”

Gene is also concerned about water issues. “If you don’t have water,” he says, “nothing else really matters.”

Having worked in agriculture his whole life, he says that one of his biggest priorities as a city council member is to develop new sources of water.

“There are issues that we face that are beyond our control,” he says. “Rainfall is one of them. There are a number of lawsuits that have been pending for decades on the downstream side. Some have been settled but others have not. Once they’re settled they could have a negative impact on our ability to use the water. It’s impacted the farmers already. There are also issues upstream that haven’t been resolved yet that could have an impact on us.”

The city has purchased some property and drilled some wells to increase their ability to provide water. Not only does the City of Safford provide water to its residents but also to thousands of other hookups throughout the county. The system provides over a billion gallons of water per year.

One of the newer wells is out in the Sanchez area and the city has the ability to drill more wells in that location, if needed. There are also a couple of wells out by the federal prison on Swift Trail.

“Other communities have surface water that they use, and that water needs to be treated because it’s got everything from dead fish to bird droppings,” Gene says. “We’ve been fortunate here because we’ve used ground water, which is tested and sampled often to make sure that it meets safety standards. But at some point in the future it may be that we need to have a purification plant built because there’s water south of town but it’s not really good enough to drink. It’s got high salt content and other things. Those facilities are expensive to build and maintain but it may be something we have to consider in the future.”

Gene is a proponent of using effluent water for the baseball fields at the county fairgrounds. He believes that using reclaimed water instead of drinking water for the ballparks at the fairgrounds would be a more efficient use of water resources.

“We can either continue to provide drinking water to water the ball fields, or we can find a way to save that much water to use for domestic consumption.”

Gene says that the wastewater treatment plant we have cleans the water to the point that it’s not unhealthy and is appropriate for use in watering.

Gene says that the attractive thing about the 14th avenue route is that the city would also be able to provide reclaimed water for the public schools in Safford, Glen Meadows Park as well as other areas that could use reclaimed water instead of fresh water.

Gene says that the current council works well together. “We don’t always agree,” he says, “but we always get along. That’s something that councils in other places don’t have. We can disagree on one issue but then the next one we’ll agree on. There’s no personal side to these things. I think all of us look at the issue and we vote on it honestly. I have not seen anyone that has a personal agenda.

“When we have opposing views, and I hear somebody’s views from a different perspective, I (sometimes) realize that my thoughts on it were probably not the best. It’s good to have opposing viewpoints, especially if it’s handled in the proper way.”

As the election nears, Gene hopes that he has earned the people’s vote. However, he’s quick to point out that both Arnold Lopez and Steve McGaughey, who are also up for re-election, have earned his vote. “I have the upmost respect for them as well as the other members of the council,” he says.

The election for Safford City Council will be August 28, 2018.