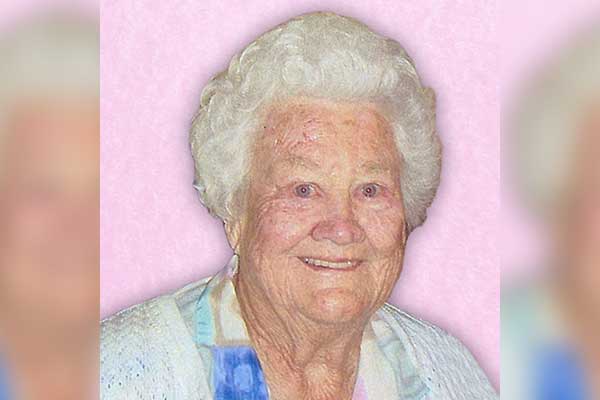 Ruby Lorraine Moody Brown passed away Monday, July 30, 2018 at her home in Thatcher, Arizona at the age of 95.

Ruby was born July 2, 1923 in Miami, Arizona, to Freeland Moody and Lucy Grace Smith Moody. She was the second of nine children. She was raised in the Gila Valley; attended school in Glenbar, Ashurst, and Fort Thomas. Ruby had many fond memories of her childhood, even though she lived during the depression. Her father, who was ill, spent time away in the Veterans hospital. Ruby’s mother supported the family by milking cows and selling the cream. She also raised a large garden. She was a much beloved mother. The children in the Moody family learned to work. They milked the cows, morning and evening, before and after school, by hand. Ruby was also assigned to do the ironing, which, in those days, included everything.

Ruby loved music and sports. She was an excellent student. Her high school days in Fort Thomas included many great teachers and activities; such as minstrel shows, singing on the radio, creating costumes in Home Economics class, band competitions, traveling for volleyball and softball games, and dating Ed Brown her senior year. Ed left to serve a mission in June and Ruby spent her summer canning and cleaning, caring for the family because her mother was “down” with a difficult pregnancy. The ninth child, a baby boy, was born in August.

In the fall, Ruby started to attend Gila Junior College. She loved college, but in November Pearl Harbor was attacked and all the male students enlisted. There were six boys left in school. Ruby graduated in the spring of 1943. Ed returned from his mission and they began to date in earnest. On 8 October 1943, in the Mesa LDS Temple, she married Edward M. Brown. He was soon drafted and left in November 1943.

Ed and Ruby made their first home in fort Thomas after WWII, farming and dairying. In 1958, they moved to Paul, Idaho, when Ed was selected in a veteran draw for a farm in the Minidoka Project. They lived and farmed in Paul until 1969 when they returned to Arizona to ranch around the Globe area. They served a LOS mission in Florida in 1986 and 1987, then retired to Thatcher in 1993.

Ruby was a lady of many talents. She was devout in her faith. She was a nurturer and a server. She was a cook and a baker, a seamstress and a quilter, a gardener and a canner. Her strawberry batch and her roses were a haven for all to enjoy. Her manners were impeccable. Her grammar was perfect. She had the most beautiful hair. She was dearly loved by all who knew her.

Ruby is preceded in death by: her parents; her sisters, Lillie Green, Gracie May Farnsworth and Freeda Costner; and her brothers, Frank Moody and Roy Moody. Ed passed away in 1999 and daughter, Carolyn Barnes, in 1979; sons-in-law, Bruce Olsen and David Barnes; a granddaughter, Kenlie Brown; a grandson, Kollin Nielson; and two great-granddaughters, Janica and Shawnie Freeman.

Ruby is survived by: her sisters, Ann Parker and Ellen O’Bier, of California; her brother, Tom Moody (Babs), of Wickenburg; a sister-in-law, Angie Moody, of Phoenix; her daughters, Sandra Olsen, of Sula, Montana, Nancy Nielson (Keith), of Adrian, Oregon and Kay Rios (Ruben), of Solomon; her sons, Mark Brown (Marilyn), of Hansen, Idaho; Don Brown (Linda), of Show Low and Bruce Brown (Lisa), of Globe. She is the grandmother of thirty-six and the great-grandmother of fifty-seven.

Funeral services for Ruby were conducted Saturday morning, August 4, 2018, at 10:00 a.m., at the Thatcher L.D.S. Stake Center by Bishop Tom Palmer of the Thatcher Seventh Ward. Concluding services followed in the Thatcher Cemetery.