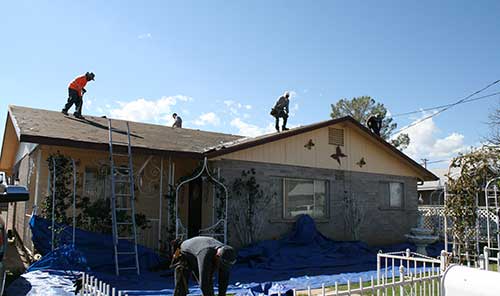 Brooke Curley Photo/Gila Valley Central: Roofers work to fix a residence after the hail storm of October 2016. Some residents have complained that some roofers unlike those pictured have not fixed their roofs correctly.

SAFFORD – In the aftermath of the hail storm, houses were damaged and life savings lost. But now, some faith in humanity can be restored.

During the hail storm which occurred earlier this month, Angelita Lara’s home was severely damaged. As an 87-year-old grandmother living alone on a fixed income, the damage to Lara’s house was completely out of her price range to fix. All of the shingles on her roof were damaged during the storm, and they needed to be taken completely off. Also, her front window was broken by the hail, resulting in a hole roughly three inches wide in the glass. 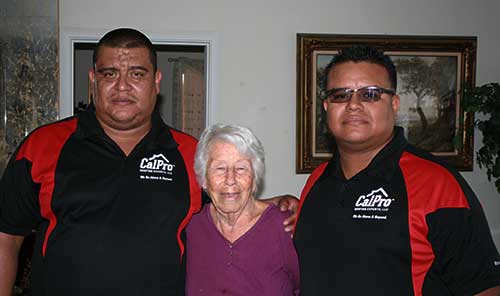 Steve Contreras and Jorge Contreras of CalPro Roofing were visiting Safford residents and giving estimates for roofing repairs when they knocked on Lara’s door. Lara told Gila Valley Central that she hardly ever talks to anyone besides her son, and when the Contreras brothers came, she couldn’t help herself and told them her story.

Steve told Gila Valley Central that when they knocked on Lara’s door, she answered it and told them that she had no homeowner insurance.

“She has a fixed income, and I guess for her fixed income she can’t even have homeowner insurance,” Steve Contreras said. “Her property was damaged.  She gave me a little bit of what she’s been through.”

After speaking with Lara, Steve decided to fix Lara’s roof for free, but Lara was hesitant at first.

“She didn’t even want an approval,” Steve said.  “Finally, she accepted (our help). It’s coming out of our pocket; we’re gonna do it for free.”

Lara told Gila Valley Central that she moved into the Safford area in 1983, and it took her and her husband six years to complete their home.  Lara takes good care of her home – being especially mindful of the pipes and possible leaks to avoid deterioration – because every little bit of damage is very expensive to fix. However, the damage to her roof was beyond what she could do herself, or pay for. When asked if she had home owner’s insurance, Lara told Gila Valley Central that she didn’t.

“Nothing, nothing, nada, I didn’t have anything,” she said. “Some workers here stopped by the house and asked if I had any insurance because they were working next door. Then we started talking, and I talked too much and they said they were going to do it for free. I couldn’t believe it. I couldn’t sleep all night just thinking about it.” 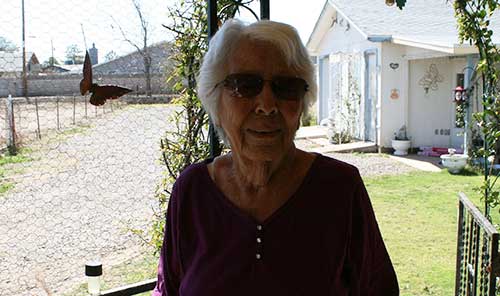 Not only did the Contreras brothers fix Lara’s roof, but before leaving they gave her $100.

“Just the roof alone, that gets me all emotional,” Lara said. “And then he comes up with the $100, and I almost cried. It’s hard to believe there’s that kind of people around – that good. They were wonderful to me. There’s not many people like that. Thank you doesn’t cover it, but I’m so grateful to them.”

Steve told Gila Valley Central that the restoration of the roof was completely out of his pocket. He added that Lara’s shingles were so severely damaged that when it rained next it would have leaked in multiple areas, potentially causing mold growth and inevitable severe damage. Steve said that fixing people’s roofs is his job and that is how he and his crew earn their living. However, he said not everything is about monetary gain.

“It’s not always just about making money,” Steve said.  “It’s also to show that we also care for others.”

Lara’s roof repairs were completed in one day. The damage to her front window is still not fixed, however, because the Contreras brothers do not specialize in glass repair. 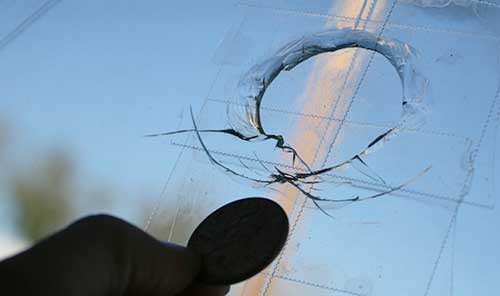 Cleaning up after the storm