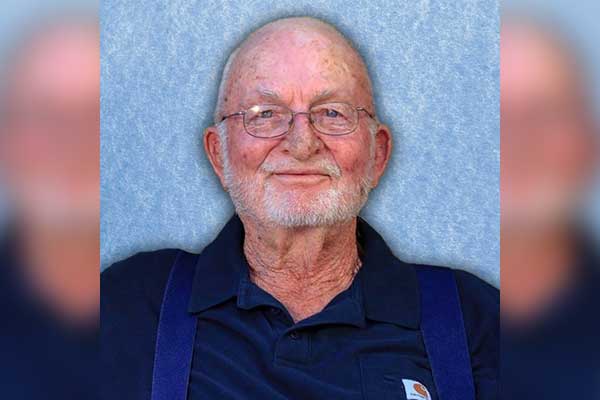 Ronald Clayton McEuen was born on September 3, 1932 in Thatcher, Arizona. He was the oldest child born to Mildred Johnson McEuen and Clayton Wiley McEuen. Ronald was a 4th generation citizen born to pioneer families who settled in Graham County in the 1880s.  He was diagnosed with pancreatic cancer in November 2018 and died on Thursday February 14, 2019 surrounded by his wife of 62 years, Carol Bowman McEuen, and his daughters. He is survived by his wife Carol, daughters Donna (Steve) McGaughey, Carin (Bob) Hiatt, Laurie Pennington, Ronnie (David) DeHaan, son Marion (Junko) McEuen, sister Carolyn (Win) Scarborough, and brother-in-law Glen (Tami) Bowman.  He has eight grandchildren and 12 great-grandchildren.  He was preceded in death by his parents, his sister Maxine, brother Brooks, step-father Louis Long, and grandsons Adam Curtis and Tommy Clonts.

Ronald was born into a very happy home and had the privilege of knowing all of his grandparents.  During the Depression, his father worked on the family’s Diamond Bar Ranch in Geromino, Arizona.  They moved around a lot, as families had to do, living in Ashurst, Morenci, California, Miami, Arizona, and Safford.

During the hard times, his parents divorced, and he started working, which he continued to do for nearly the rest of his life.  He worked all aspects of the theater business before being drafted into the Army. He attended Gila Junior College, the University of Arizona, Brigham Young University and graduated from Arizona State College (ASU) in 1958.  He taught school in Fort Thomas for two years and spent the next 30 years teaching in Safford.  He also served on the Safford Police Force being hired by Put Golding.  During the summers, Ronald hauled hay, operated a welding business, hauled for forest fires and was always buying and selling through his Mt. Graham Sportsman Supply Company.  He ended his formal career in education by serving on the Safford Unified School District Governing Board.

Ronald was a son, brother, husband, father, uncle, grandfather and great-grandfather. He was a life-long learner, voracious reader, educator, police officer, hunter, shooter, welder, hay hauler, sand buggy builder, animal lover, storyteller, bouncer, boxer, historian, business owner, advice giver, nickname giver, singer of ditties, and collector of tools, machinery, vehicles, and friends. He also made a few enemies in his life, as he was known as a fighter during his youth. We think most of them forgave any transgressions as the years went by.  But if they didn’t his attitude was, “Well, if you mess with the bull, you’re going to get the horn.” He was the most loyal friend you could ask for and would defend anyone who he thought was being wronged.  He always said that school was for the kids, and that is what mattered most.  He knew the other important people in an organization were the ones who made the wheels turn….the secretaries, cooks, janitors, maintenance crew, etc. He was a fun, but structured disciplinarian, and you always knew where you stood with Mr. McEuen

Ronald was extremely proud of and devoted to, his family.  He suffered the loss of his father leaving their home when he was young, and that shaped him as a husband and father.  He lost his brother and a sister when both were just 19 years old, just two years apart, in 1954 and 1956.  He saw how that nearly destroyed his mother.  He lost many, many of his friends over the years to untimely deaths. The hardest things he endured were the deaths of his grandsons Adam and Tommy.  He took his diagnosis of cancer calmly as he has had to watch two of daughters go through this terrible disease themselves. Our dad was an incredibly strong person.

Even after he went on hospice care, he willed himself to get stronger so he could drive down to Carl’s Jr. to meet his friends for coffee as he has done most of his life.  It caused one hospice worker to ask, “Why is this man on hospice?”

He was talking and giving advice right up to the end, when he closed his eyes and passed away surrounded by his loving family.

His family would like to thank both Mount Graham Regional Medical Center Hospice and Eden Hospice for the care they provided Ronald, Cassie took very good care of him, and we so appreciated her, Barry and Fran.

Funeral services for will be conducted Saturday morning, February 23, 2019, at 10:00 a.m., at the David M. Player Center for the Arts. Concluding services with military honors conferred by the Gila Valley Veterans Honor Guard will follow in the Safford Cemetery.

The family suggests memorials be made to the Safford High School Scholarship Foundation, 734 11th Street, Safford, Arizona 85546, in the name of his grandson, Tommy Clonts.